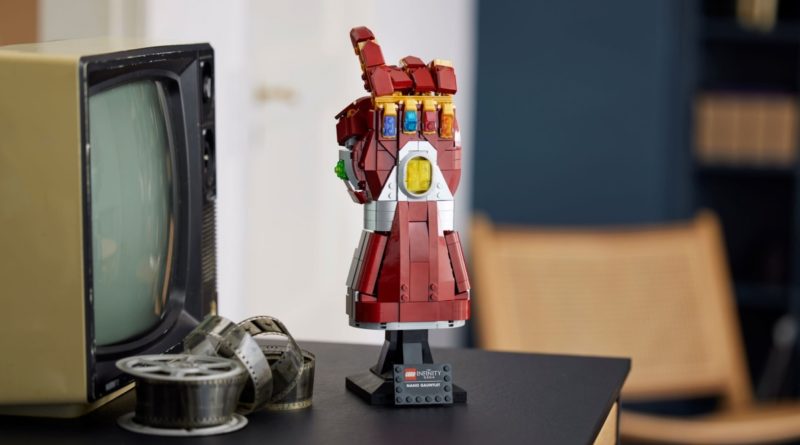 You’ve got to hand it to the LEGO Group: 76223 Nano Gauntlet features some ingenious parts usage, further differentiating itself from last year’s 76191 Infinity Gauntlet.

Revealed earlier today ahead of its launch on August 1, the latest LEGO Marvel 18+ set depicts the dark red and silver gauntlet created by the good guys in Avengers: Endgame, sitting in stark contrast to Thanos’s blingy gold gauntlet from 2021. But while the obvious change between the two universe-altering gloves is in the new build’s colour, the two sets also differ dramatically in design.

That’s apparent not only through the way 76223 Nano Gauntlet builds up its wrist section, but also through its individual fingers. Where 76191 Infinity Gauntlet favours 2×2 slopes with studs, 76223 Nano Gauntlet strives for a smoother finish with pentagonal tiles. The really smart part usage, though, is in how each of its Infinity Stones are attached to those fingers.

Look closely, and you’ll clock that the purple, blue, red and orange stones across the knuckles are clasped in place by a combination of drum-lacquered gold minifigure satchels and drum-lacquered silver roller skate accessories. It’s a sleek and incredibly effective solution that’s testament to the design team behind 76223 Nano Gauntlet – and also gives us some blingy new minifigure accessories to boot.