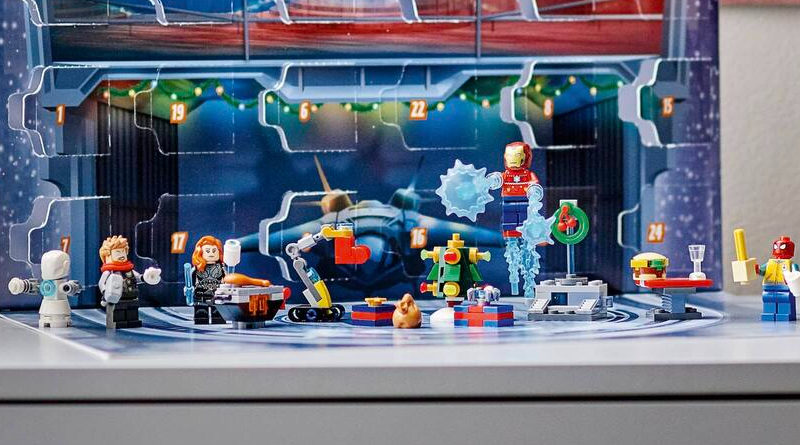 The latest addition to the annual LEGO Advent Calendar offerings has been officially revealed in new images as Marvel’s cast of superheroes get ready for the holiday season.

Thanks to a new post on Marvel.com, 76196 The Avengers Advent Calendar has been fully unveiled – likely ahead of a listing on the official online store. We’ll update when further details including price and release date are made available but for now, we can tour the seasonal builds on offer.

Be aware that the full contents of the LEGO Marvel Advent Calendar will be revealed further into the article, so click away now if you wish to avoid any spoilers.

As we first saw in the LEGO Group’s early catalogue reveal, the models and minifigures reimagine classic Marvel characters with a festive twist including an infinity stone Christmas Tree and a new suit of armour for Iron Man featuring a jumper. You’ll even be able to get a completed infinity gauntlet as part of the daily creations.

A miniature hall of armour and other high-tech decorations are also joined by a microscale Helicarrier and Hulkbuster. As the first LEGO Marvel set of its kind, it seems to be a promising way to kick off the holidays

We’ll let you know as soon as further details including price and release date are revealed as plenty of new LEGO models is about to release on the official online store. For more on Marvel, check out the recently-revealed LEGO Collectible Minifigures 71031 Marvel Studios.