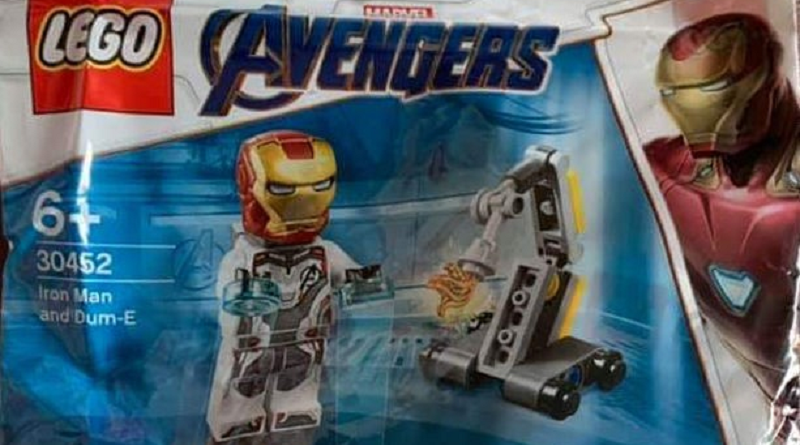 The first polybag from the LEGO Marvel Super Heroes theme, Avengers: Endgame 30452 Iron Man and Dum-E, has been revealed.

It is not long until the LEGO Marvel Avengers: Endgame sets will be released, with a polybag for the theme now shared online by Brickset. 30452 Iron Man and Dum-E features an Iron Man minifigure in a white Avengers suit with his usual helmet, with a little robot that will probably help him re-build something. The machine is named Dum-E. Dummy. Geddit?

The little set will probably be launched as a promotional, free with purchase item when the new sets for the film are released at shop.LEGO.com, which is assumed to be happening on March 1. 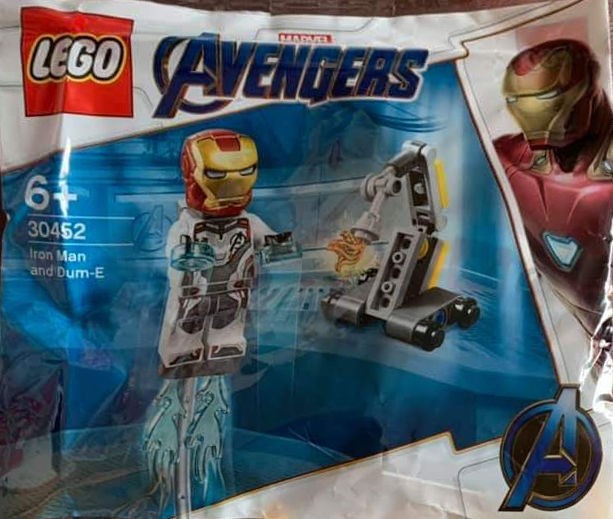 The new film will follow on from the events of Avengers: Infinity War, which saw the heroes of Earth – and beyond – face the threat of Thanos, as he sought to combine the power of the Infinity Stones.