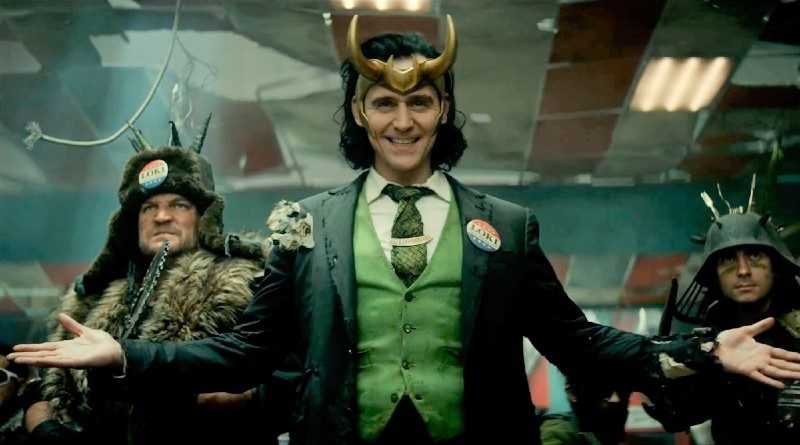 The first season of Loki has finished streaming on Disney+ so it’s time to look back at every episode and disect the series for moment’s we’d love to see in future LEGO Marvel sets.

In case it wasn’t clear from the title, this article will be covering just about every spoiler for Marvel’s Loki possible, so click away now if you’ve yet to get caught up on any of the six episodes.

From minifigures to models, Loki was surprisingly full of moments that could easily be transformed into potential sets. Thankfully Brick Fanatics is on hand with a few suggestions that we think need to be realised in bricks.

The futuristic, seemingly endless city of the Time Variance Authority’s (TVA) headquarters was revealed in the very first episode of Loki as part of a deliberately rushed introduction.

Initially, viewers may have been left just as confused as the god of mischief. Upon a second watch, the sheer amount of detail packed into this base of operations has infinite potential for LEGO buildings and facades, maybe even with minifigure versions of Judge Renslayer and Miss Minutes.

Jumping from a location seen in the first episode, let’s jump straight to the end of Loki with one of the final confrontations and plot twists of the series taking place in a time-mashed location simply known as the void.

Despite the name, it’s definitely not devoid of Easter eggs and references. A small set of Kid Loki’s palace in the same style of 76200 Bro Thor’s New Asgard could come packed with miniature details without the LEGO Designers having to worry about the beastly Alioth that lurks outside.

The citadel at the end of time

The citadel at the end of time is the aptly named site for the final battle for Loki and Sylvie, where the duo must face whoever has been behind the curtain for all six episodes.

We’ll get to the intimidating final character in just a second, but Castle lovers might admire a build for the citadel itself, with tall towers and cracked earthen elements mixed for a gothic building the likes of which the LEGO Group rarely recreates.

Now onto the man himself, Jonathan Majors made an early debut in the final instalment of Loki’s first season as a variant of Kang the Conquerer known as He Who Remains.

Whilst the actor will return in Ant-Man and The Wasp: Quantumania, why not introduce him in minifigure form first with a minifigure based on this initial version of the time traveller?

Loki himself has the most potential for future LEGO possibilities though with the series introducing plenty of variants from a Mjolnir-wielding warrior to a crocodile.

Two of them are currently rumoured to be receiving a minifigure but getting one inspired by the modern interpretation of Loki’s comic outfit as seen on Classic Loki would be a bonus we’d very happily accept.