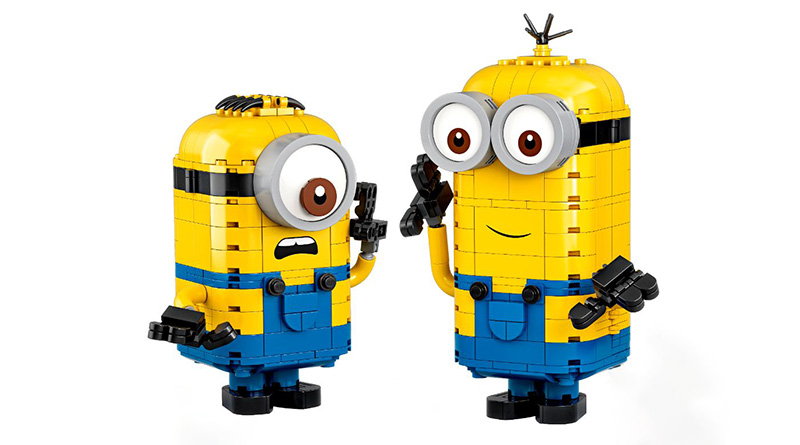 The largest of the new LEGO Minions: The Rise of Gru sets, 75551 Brick-built Minions and their Lair, is available to pre-order.

The new Minions: The Rise of Gru were revealed last month, with the sets due for release on April 27. 75551 Brick-Built Minions and Their Lair, the most interesting of the releases, is available to pre-order now at LEGO.com.

Using 876 pieces, the set can build three different Minions characters (although only two at a time). The large figures open up to reveal playsets inside.

Want to step inside the unpredictable world of the Minions? Well, now you can! Build your favorite Minion then turn it around to reveal their room. Check out the figure version of each character. Put them inside the room to explore the mischievous personality of each Minion. Create inventions with Kevin in the lab or pop Stuart in his bedroom. Then rebuild Kevin into Bob with his kung fu playset.