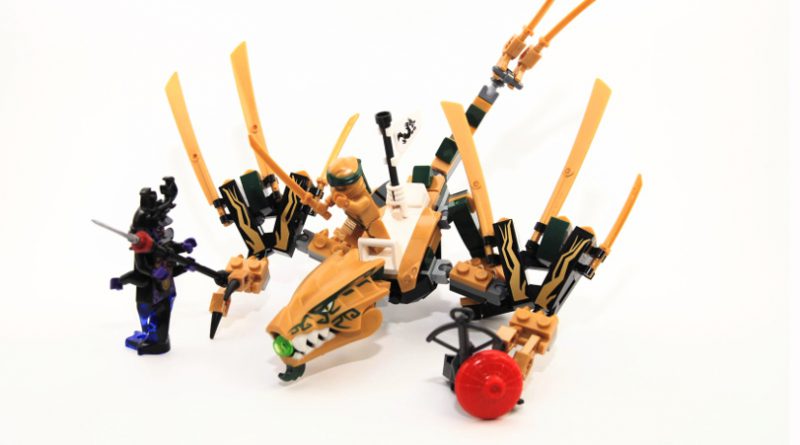 A modern classic is revisited in LEGO NINJAGO 70666 The Golden Dragon – so how does the striking creature hold up this time around? 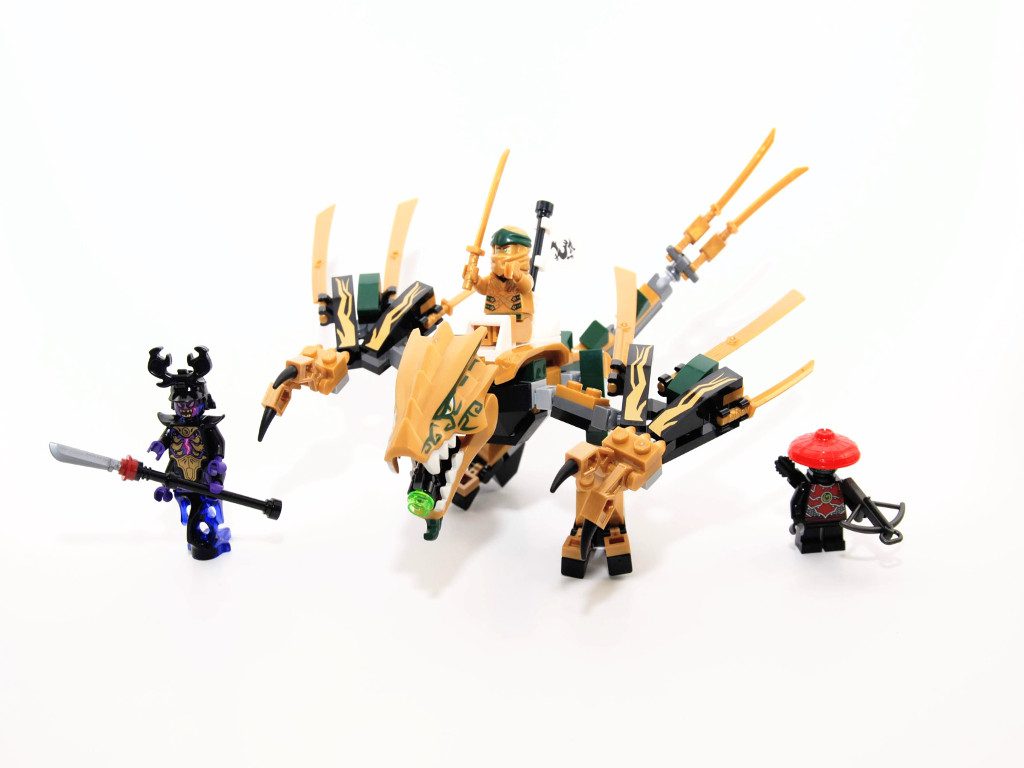 The golden dragon itself is rather well crafted, as the designer must have needed to make it more compact and smaller for the size of this set. All of the important details are there and the functionality is pretty nice. Though the wings and legs are fairly poseable, the dragon can be hard to balance sometimes. It takes a few tries to get everything lined up in the best way for it to support its own weight. Despite that, the beast is still able to get into a number of different action poses. What is more, minifigures will still fit into the dragon’s mouth, which gives a slight modification to the claws will allow the dragon to be able to hold a minifigure in its hand.

The new dragon head piece is worthy of note on its own. The design and printed details are excellent, and incorporate a stud shooter perfectly. Inside the jaw are two stud attachments, allowing the stud shooter to be connected inside. The head can be closed all the way, and then pushing down further launches the stud at the Overlord minifigure. The stud shooter can also be removed altogether, so it doesn’t detract from the overall look one bit.

Only three minifigures are included in this set, with two of them very much worth owning. Overlord and Lloyd are amazing figures, though all three have great printing. The translucent purple is a very interesting combination on Overlord and works well. His printing is the most impressive out of all three. I love that this is a smaller, cheaper set that includes two of the biggest NINJAGO characters – Lloyd and Overlord.

A selection of interesting parts is included in this set. The new Overlord figure is impressive, with the translucent purple and the printing. Speaking of printing, unfortunately all the decorated pieces in this set are stickers rather than prints (with the exception of the dragon head).

It was a great choice on the part of the LEGO Group to made 70666 The Golden Dragon a smaller set for this Legacy series, letting children get access to the unique golden dragon and Lloyd in his gold form. For NINJAGO fans, this is  a must own in this wave of ninja-nostalgia, especially at the incredibly fair asking price.

70666 The Golden Dragon is available now at shop.lego.com. You can help support Brick Fanatics’ work by using our affiliate links.