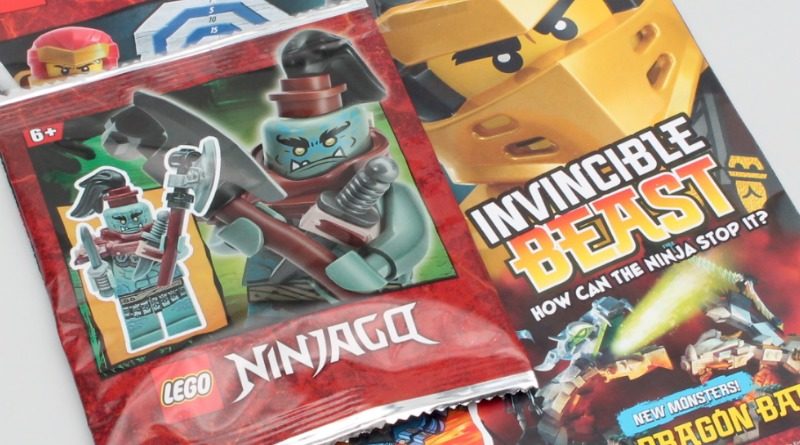 The latest issue of the LEGO NINJAGO magazine is available now, complete with a free Munce minifigure.

The LEGO NINJAGO magazine is one of Immediate Media’s oldest LEGO titles. It’s been running successfully in the UK since 2015, and has since been exported to other countries around the world. And for most fans, it’s worth picking up for the free LEGO alone.

If you have kids, that value proposition gets even better, because the magazine provides plenty of entertainment for younger fans. You’ll find puzzles, comics and activities aplenty among its pages, along with a pretty cool poster that showcases the NINJAGO characters in their Master of the Mountain outfits from the 2020 summer wave.

Issue 70 of the LEGO NINJAGO magazine is available until January 5 at newsagents and supermarkets for just £3.99. Issue 71 will arrive on January 6, and includes a free Cole in Burst Mode minifigure – complete with some gnarly hand drills, a phrase which here means ‘several LEGO cones’.

For a closer look at this month’s Munce minifigure, head here. There’s also a new issue of the LEGO Star Wars magazine out now, which comes bundled with a free buildable Obi-Wan’s Jedi Interceptor mini model.