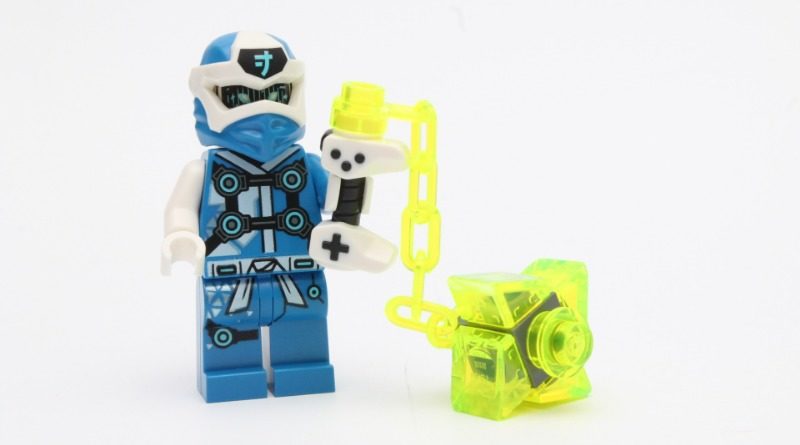 While Digi Jay appears in no fewer than five of this year’s NINJAGO sets, that minifigure includes shoulder armour. The version packed into Issue 69 of Immediate Media’s LEGO NINJAGO magazine doesn’t.

That makes him technically exclusive, then, even if it is just because he’s missing a piece. And, of course, if you’ve already got 71708 Gamer’s Market, 71709 Jay and Lloyd’s Velocity Racers, 71711 Jay’s Cyber Dragon, 71712 Empire Temple of Madness or 71715 Jay Avatar – Arcade Pod, it’s easy enough to recreate for yourself.

Even without his shoulder armour, though, this is still a pretty cool minifigure. And his ‘Cyber Nunchuk’ is arguably even better, combining a videogame controller hilt with a trans-neon green chain, 1×1 plate and cheese slopes.

He’s also got a double-sided head, including what the magazine refers to as his ‘gaming mode’. That’s a pretty good deal for £3.99 in our books.

Click here for more on Issue 69 of the LEGO NINJAGO magazine. It’s available at all good stockists until December 8. Issue 70 then launches on December 9, and includes a free Munce minifigure.