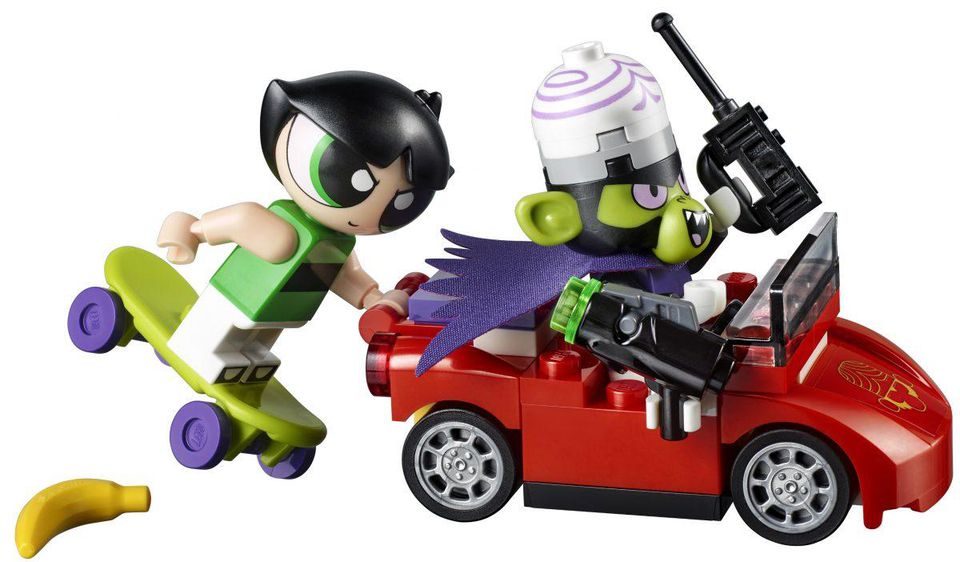 After plenty of minifigure teasing, the LEGO Powerpuff Girl sets have now been revealed.

The LEGO Group has teamed up with Cartoon Network to launch two new Powerpuff Girl sets later this year. It was two decades ago that the characters first burst onto screens, but with their 2016 reboot it seems that the trio are as popular as ever. Forbes now reveals the two new sets that will be released later this year.

41287 Bubbles’ Playground Showdown includes Bubbles and Princess Morbucks. A few simple builds are included, with the basic designs reflecting the younger target age group for this particular theme. The table features a catapult for launch food from. Morbucks has a fun yellow mech, with a pink gem incorporated, because why not? The set will cost $19.99.

41288 Mojo Jojo Strikes includes Blossom, Buttercup, the titular Mojo and a buildable Donny the Unicorn. To get the full Powerpuff Girls line-up, fans will need to pick up both sets. There is a little more to this build than the other set, with a jewellery store entrance and ice cream stand, but Mojo’s car looks to be rather juniorised. Toppings can be fired from the stand, and Mojo’s car uses a stud shooter, emphasising the play features incorporated in this theme.