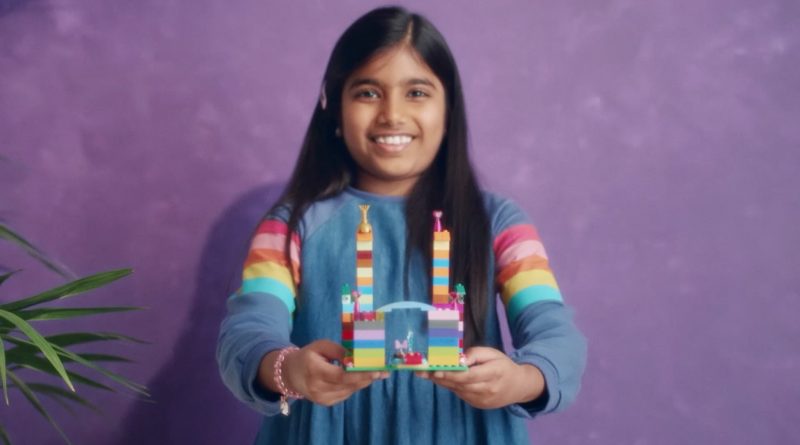 The LEGO Group has committed to removing gender stereotypes from its products following the results of a survey commissioned to mark the International Day of the Girl.

Researchers at the Geena Davies Institute surveyed 7,000 parents and kids in the UK, US, China, Japan, Czech Republic, Poland and Russia, and found that girls are ready to get involved in a wide range of creative play activities, regardless of any inherent gender stereotypes – but wider attitudes to play remain ‘unequal and restrictive’.

The survey’s results indicate that there’s an implicit bias among parents to imagine professionals – such as scientists, athletes and engineers – as men rather than women, while they’re also more likely to encourage boys to participate in sports and STEM activities. Girls, on the other hand, are four times more likely to be pushed towards dance and dress-up.

Playing with LEGO bricks is also still considered more relevant to boys than girls, with 59% of parents encouraging sons to build, but only 48% doing the same for daughters. Those figures were more extreme when the respondents completed an illicit bias assessment, with only 24% recommending LEGO to girls, compared to 76% for boys.

“Traditionally, LEGO has been accessed by more boys, but products like LEGO DOTS or LEGO CITY 60307 Wildlife Rescue Camp have been specifically designed to appeal to boys and girls,” LEGO Group CMO Julia Goldin told The Guardian, adding that the company no longer labels its products as specifically for either gender.

“We’re testing everything on boys and girls, and including more female role models. Our job now is to encourage boys and girls who want to play with sets that may have traditionally been seen as ‘not for them’.”

The first step of that mission includes the LEGO Group’s new ‘Ready for Girls’ campaign, which will aim to introduce more girls to building with LEGO bricks. The company says it will work closely with the Geena Davis Institute on Gender in Media and UNICEF to remove ‘gender bias’ and ‘harmful stereotypes’ from its products and marketing.

“The benefits of creative play, such as building confidence, creativity and communication skills are felt by all children, and yet we still experience age-old stereotypes that label activities as only being suitable for one specific gender,” Goldin explained.

“At the LEGO Group we know we have a role to play in putting this right, and this campaign is one of several initiatives we are putting in place to raise awareness of the issue and ensure we make LEGO play as inclusive as possible. All children should be able to reach their true creative potential.”

“As a mum of three children, I have long admired the LEGO Group and I’m heartened by their global commitment to this study to inform how we can dramatically inspire creativity in girls through play and storytelling,” said Geena Davis, Founder of Geena Davies Institute on Gender in Media.

“We also know that showing girls unique and un-stereotyped activities can lead to an expanded viewpoint of possibilities and opportunities.”

Not mentioned in the report is LEGO Friends, perhaps the LEGO Group’s most overtly-coded product theme. While the subject matter of its sets encompasses a wide range of activities, its bright pink boxes and mini-dolls – developed specifically to appeal to girls – could be said to be feeding into exactly the kind of gender bias the LEGO Group is now keen to sidestep.

Initial reception to Friends was polarising, with at least one petition calling on the LEGO Group to stop gender-based marketing drawing tens of thousands of signatures. But the theme has proved an overwhelming success in the nearly 10 years since its launch, consistently ranking among the company’s top-selling products.

While any sweeping changes to the way LEGO Friends is designed or marketed may not be on the table in the immediate future, it may not be a conversation the LEGO Group can avoid having altogether – especially with this new campaign in mind.