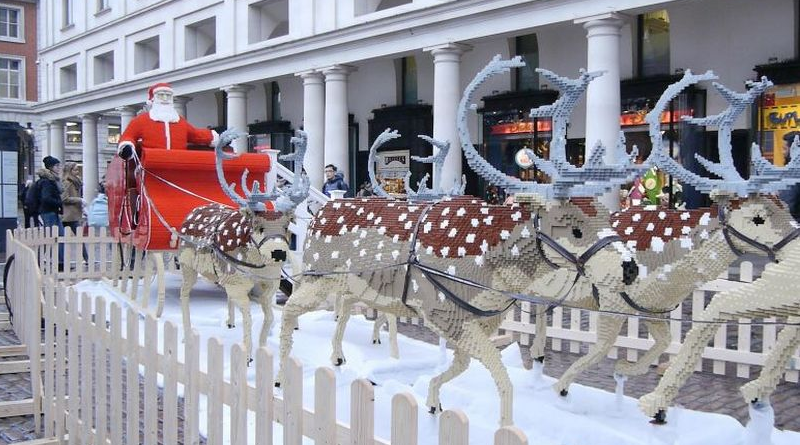 December has arrived, and for Cardiff Bay residents, so has a life-sized LEGO Santa Claus and sleigh model.

With the festive season in full swing, Cardiff Bay, UK, has added a distinctly LEGO aspect to the town’s Christmas decorations. The Santa and sleigh model, complete with eight LEGO reindeer – Dasher, Dancer, Prancer, Vixen, Comet, Cupid, Donner and Blitzen – is built from a half a million elements and took three months to put together.

The blocky Father Christmas and reindeer will remain on display until January 3 in Mermaid Quay’s Tacoma Square. There is a space next to Santa Claus for people to hop into the sleigh, perfect for festive photo opportunities.

The model has been built by Bright Bricks, the company that was part of the LEGO Certified Professional scheme until recently. Previously, the Great Brick Safari display has appeared in the same location.