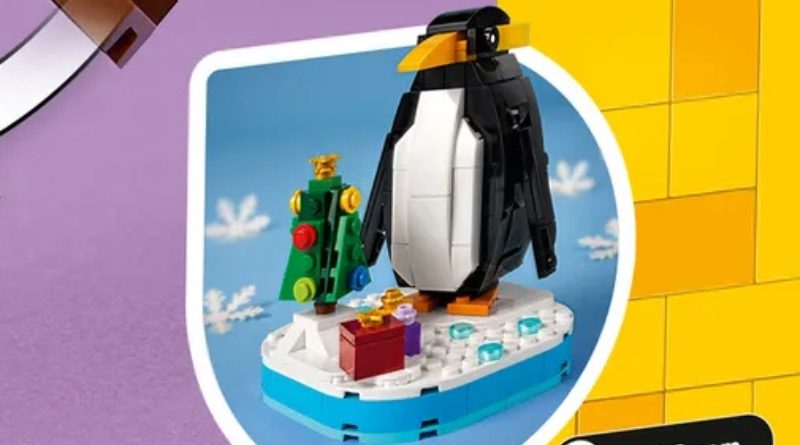 The box art for LEGO 40497 Halloween Owl has revealed the next buildable animal in the seasonal series, a Christmas-themed penguin.

Just like 40462 Valentine’s Brown Bear and 40463 Easter Bunny before it, 40497 Halloween Owl places a buildable animal on a rounded base, then tops off the scene with seasonal décor. That trend will continue in 40498, the fourth and presumably final model in the series for 2021.

The first image of that set on the back of 40497 Halloween Owl’s box is pretty tiny, but it’s also all you really need to get a sense of what’s included: a penguin atop an icy base, complete with a seasonally-appropriate Christmas tree and gifts.

Click here for a closer look at both 40497 Halloween Owl and its accompanying seasonal set, 40493 Spider & Haunted House Pack. If you’re already getting in the Xmas spirit, check out this year’s LEGO Star Wars advent calendar, which will go on sale in September.