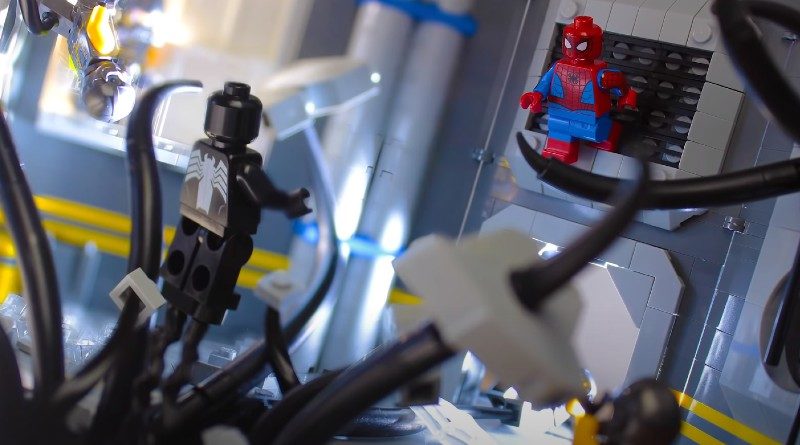 A new build is portraying a classic Spider-Man encounter seen many times before in LEGO sets, but never with quite so much detail and dynamic posing.

While we wait for the LEGO Group to produce 18+ Marvel sets similar to 75294 Bespin Duel, hachiroku24 is on hand to help us imagine what detailed superhero builds can look like.

The Youtuber’s latest creation depicts the Venom symbiote attacking, or possibly escaping, an AIM laboratory with several guards attempting to get the catastrophic creature under control.

Not one to miss out on a faceoff with the Marvel villain, Spider-Man swings in and surveys the situation from a nearby vent, while Venom stares him down, black tendrils swinging around them.

The intricate details packed into this build, from the signs of destruction to the laboratory features, make it all the more eye-catching. The Spider-Man minifigure used also represents, in our opinion, the best LEGO version of the web-slinger yet with arm printing and dual-moulded legs.

Instructions for recreating the build are provided in the video, and you can get a head start on the included characters with 40454 Spider-Man versus Venom and Iron Venom. Not only is that set a mouthful, but it also features three versions of the symbiote character and Spider-Man with detailed arms.