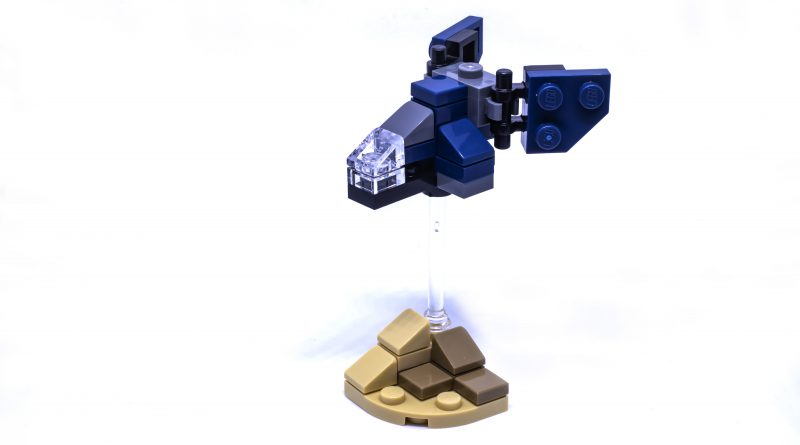 Out of all the 20th anniversary sets I was tasked with shrinking down to micro scale, this is the one that gave me the biggest headache. It is just such an oddly shaped ship that I found it very tricky to get right.

If building this yourself, just bear in mind that the ridge where the trans-clear 1×1 slope meets the dark bluish grey 1×1 slope is intentional. The larger 75262 Imperial Dropship – 20th Anniversary Edition shares a similar design. 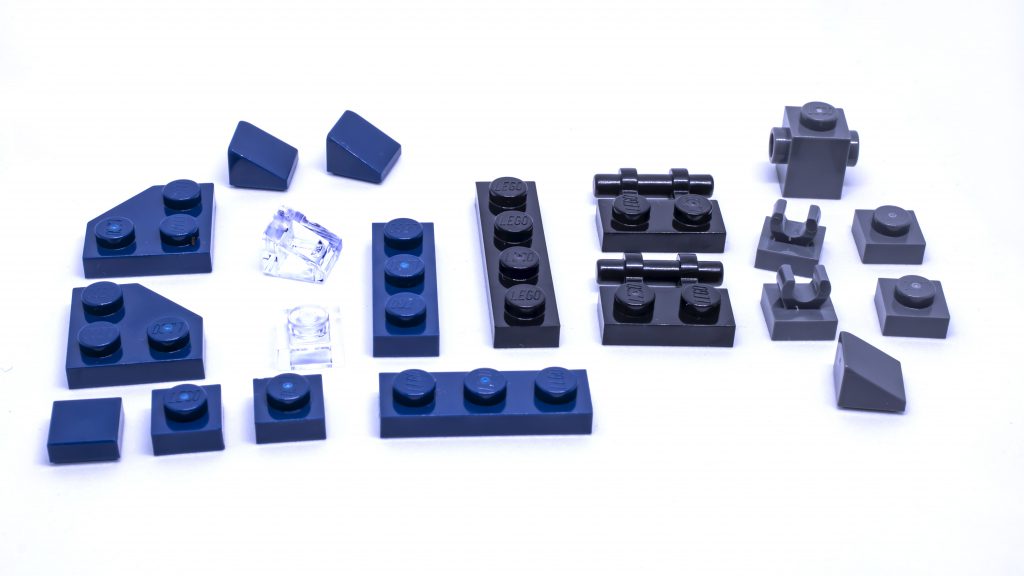 As with the Clone Scout Walker I designed a very simple base to help display the Dropship but this is an optional bonus.