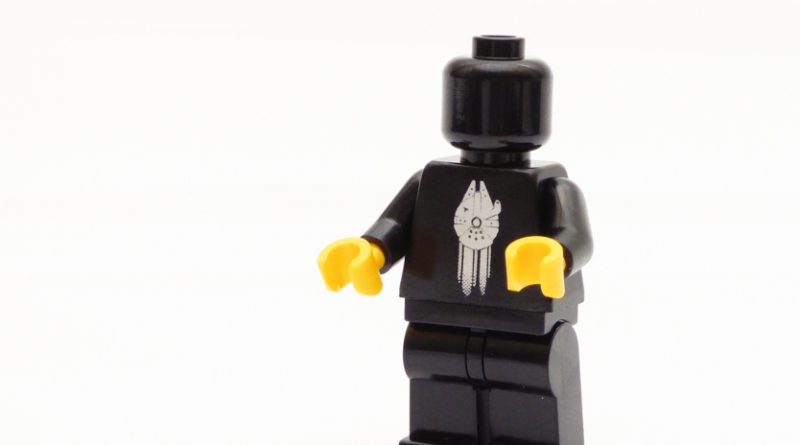 Things get meta in the LEGO Star Wars theme with 5005747 VIP Frame, with this free gift for holders of the Ultimate Collector Series 75192 Millennium Falcon VIP card

When the LEGO Star Wars theme launched in 1999, fans imagined the potential sets they might own… the Millennium Falcon, a Star Destroyer, the Death Star. Few could have imagined that one day a set would be released in LEGO Star Wars branded packaging that is a black frame, designed to hold a promotional plastic card with a matching minifigure. But that day has arrived.

To own this set, a LEGO fan needed to have purchased 75192 Millennium Falcon in 2017, which would qualify them to own a LEGO Star Wars VIP card. In December 2018, promotional codes were e-mailed out to all such card holders, which can be entered at shop.LEGO.com with any Star Wars order. This bagged set is then added to the order free of charge, while stocks last. 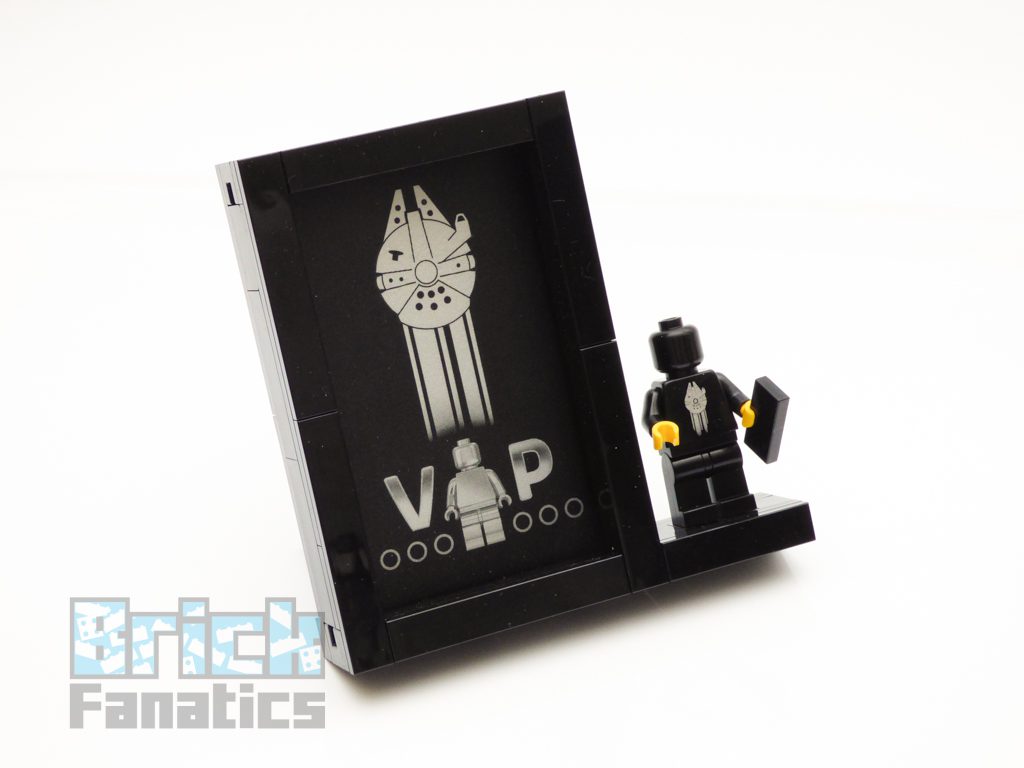 This set is precisely what it appears to be; a black, brick-built frame that can hold a LEGO Star Wars VIP card, or should fans prefer, any debit card sized card. A Nectar card, Tesco Clubcard or John Lewis points card would all fit just as well. In a bizarre but amusing twist, a faux LEGO Star Wars VIP card is included – it lacks anything on the back to be used in a LEGO Store, but has the decoration on the front. The card does slide in very neatly.

What those who want this set really want it for is the unique minifigure, a pure black minifigure aside from the yellow hands and torso printing. The design is the 75192 Millennium Falcon logo that was used on the LEGO Star Wars VIP card and other promotional materials from when the set launched. It does look sharp.

While there have been many odd LEGO sets for various reasons over the years, this probably qualifies as the strangest. It is beyond obvious to observe that the LEGO Group is a business and exists to make profit for its owners, but at its best this money making enterprise encourages creativity and gives children around the world life-long memories. Many of those who work in Billund are not there to become wealthy, but because they are passionate about designing playthings for children. As with most things, there is a balance between artistic endeavour and commerce.

So there is something distasteful about this set, which exists only to commemorate the cynicism of a company that wanted to push fans into buying the most expensive product it ever launched within three months of it being released. It is weird, and is arguably worth owning for the sheer novelty of such a strange set, but giving what it is more than a few minutes of thought makes it feel less appealing. Sets representing LEGO Stores are one thing, but a set that is about the LEGO Store card that encourages the accumulation of points to get discounts on future sets… where does this end? In a decade, will there be a set commemorating the anniversary of LEGO Star Wars 5005747 VIP Frame?

This is free, and those who did purchase 75192 Millennium Falcon should take advantage of getting something extra – but the only thing that makes this set appealing is the novelty of it.

Better LEGO sets than this are available at shop.lego.com. You can help support Brick Fanatics’ work by using our affiliate links.