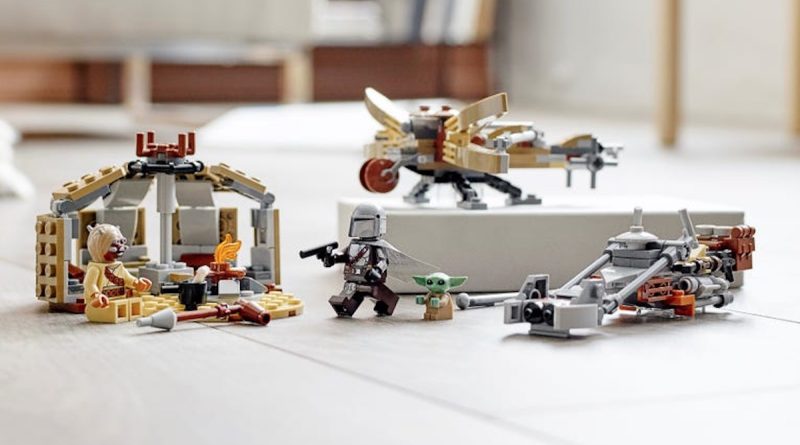 Following a reveal on the Building Instructions site, a new LEGO Star Wars 3-in-1 set is now available from US retailer Walmart.

US LEGO Star Wars fans looking to get more bang for their buck can now pick up a new 3-in-1 set exclusively from Walmart. Information on the bundle of three models first appeared on the Building Instructions portal last month, confirming which sets would be available in one box. The retailer has now added the item to its website, with 66708 Galactic Adventures Pack having a RRP of $79.97, a figure that has already been reduced to $50 when purchased online.

Included in the 901-piece set are 75299 Trouble on Tatooine, 75310 Duel on Mandalore and 75311 Imperial Armoured Marauder. Combined together the three models would total $89.97, making the latest 3-in-1 set a tempting proposition indeed. As well as a selection of vehicles and small playsets, 66708 Galactic Adventures Pack also boasts nine minifigures including The Mandalorian, Ahsoka Tano and Grogu.

The three sets in 66708 Galactic Adventures Pack are scheduled to retire at the end of 2022, so this is definitely a great way to pick up all of the models in one go and at a reduced price. There’s currently no sign of the 3-in-1 bundle on any of the official online stores, suggesting the set may remain a Walmart exclusive for the time being.

Non-US LEGO Star Wars fans can always choose to spend their hard-earned cash on 75331 The Razor Crest instead, with the massive UCS set arriving today for VIP members and for everyone else from October 7.