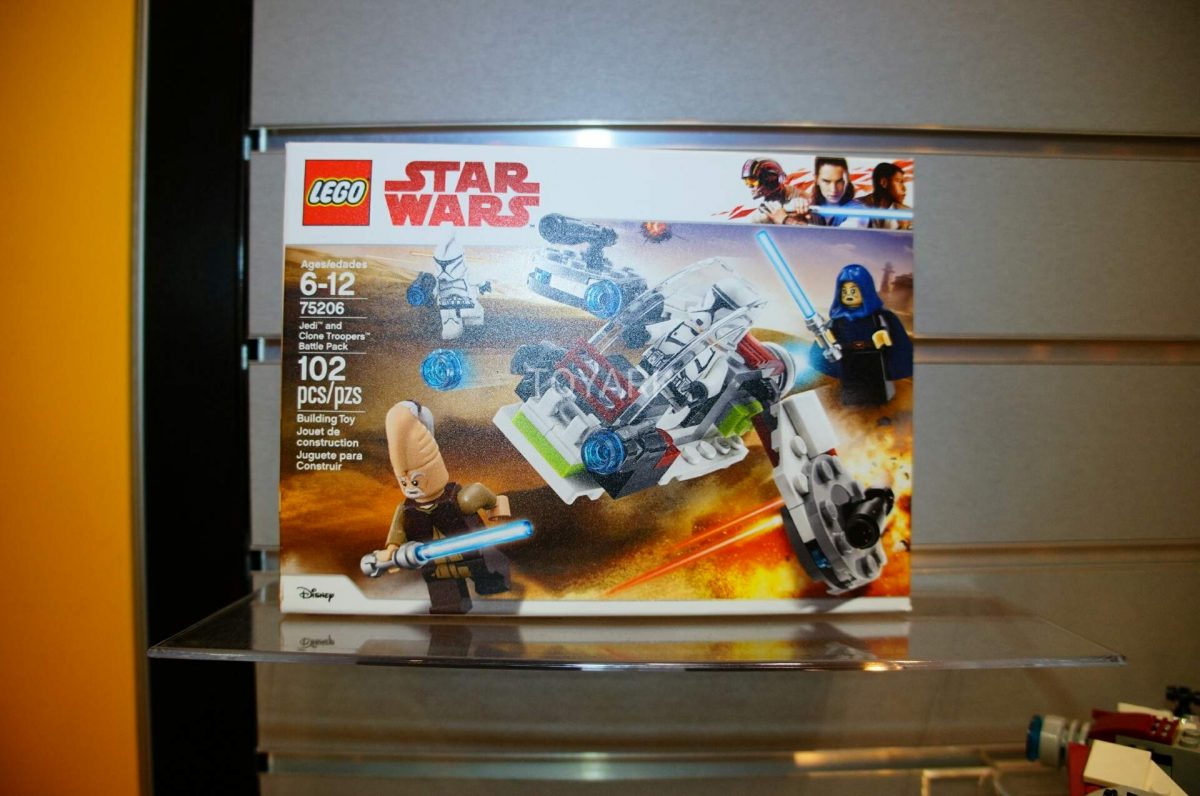 The LEGO Group has the upcoming Star Wars set, 75206 Jedi and Clone Troopers Battle Pack, on display at New York Toy Fair. This new set contains four minifigures, including Ki-Adi-Mundi, Bariss Offee and two Clone Troopers. Toy Ark is on the ground at the event and shared these images:

The vehicle is somewhat bizarre, looking like a half finished chibi Republic Gunship. Thankfully, the minifigures are all rather desirable – which is the most important thing when it comes to the battle packs.