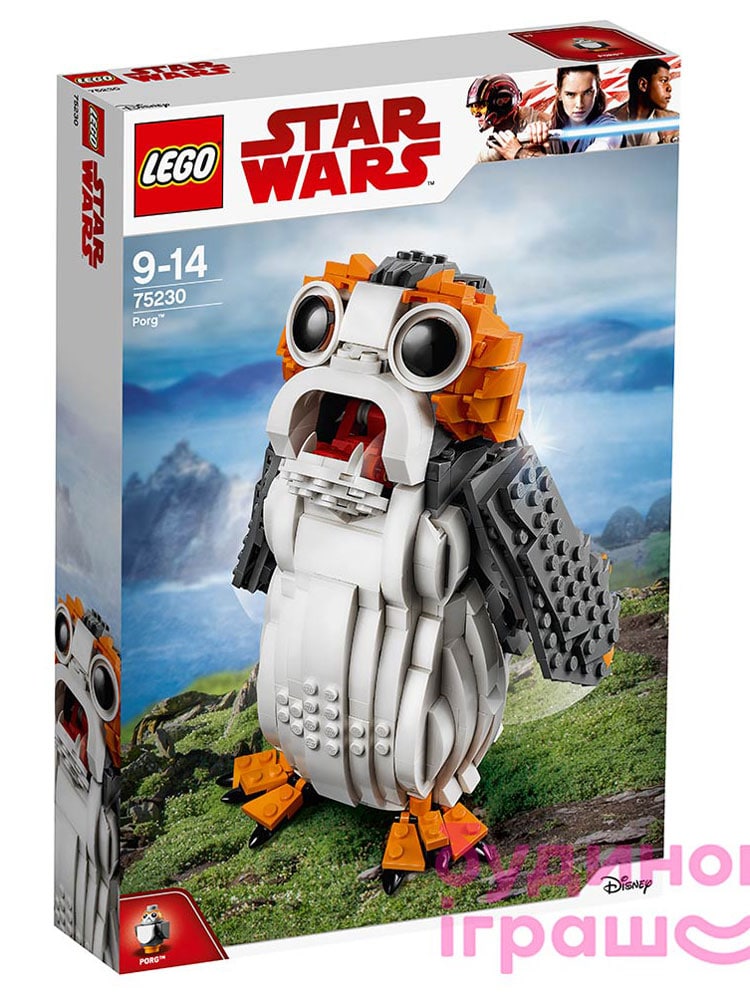 An upcoming LEGO Star Wars set, 75230 Porg, has been revealed in official images.

In addition to the launches coming on August 1, another new LEGO Star Wars set will be released by the end of the year. After being rumoured for a while, 75230 Porg has now been confirmed by a Ukrainian online retailer, as PromoBricks reports.

The Porg is a brick built statue packed with detail, with the box art showing the critter with an open mouth — slightly worryingly for the small Porg that is also included with the set…