A product listing for LEGO Star Wars 750252 suggests it will be an Ultimate Collector Series set and may even hint at the subject matter.

The next shop.LEGO.com exclusive LEGO Star Wars set has not yet been announced, but wit no Ultimate Collector Series (UCS) set so far this year, fans have been anticipating one. A product listing at Amazon suggests that LEGO Star Wars 75252 will be just that.

While there are not details aside from the set number on the product page, the “compare with similar items” starts to give the game away. The similar items are 10221 Super Star Destroyer, 10212 Imperial Shuttle and 75055 Imperial Star Destroyer. With two of the three sets being UCS, it seems likely that this new release will be.

What is more, two of the three sets are Star Destroyers, suggesting this set may be one too. Alternatively, it could be an updated Imperial Shuttle. Whichever way it goes, it seems sure to be an Imperial vessel. 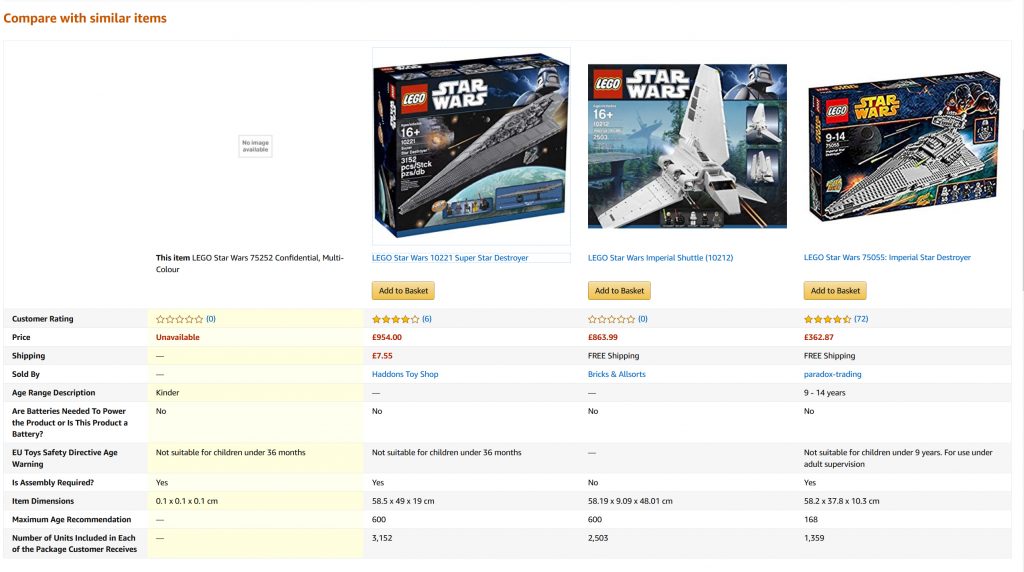 The latest set to be released in theme is LEGO Star Wars BOOST 75253 Droid Commander, which launched at shop.LEGO.com earlier this week.