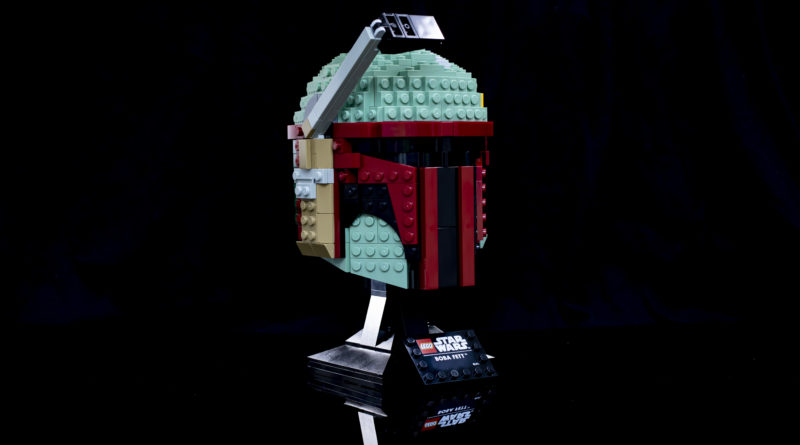 The most stylish helmet design in the Star Wars universe meets a new stylish LEGO format. Does that make LEGO Star Wars 75277 Boba Fett a must buy set?

LEGO Star Wars 75277 Boba Fett Helmet marks the LEGO Group’s most explicit venture into the adult market yet. Other sets have clearly been marketed more towards older fans but never before has a LEGO set been overtly advertised for the 18+ demographic. Offering fans the opportunity to build a slick and stylish recreation of one of the most iconic Star Wars helmet designs, this model is the menacing Mandalorian headpiece worn by Boba Fett. The set comes beautifully packaged, creating a sense of expectation – but can the set fulfill it?

With a set that’s rated R and comes presented in a beautiful sleek black box – that bears more than a passing resemblance to Hasbro’s beloved Black Series of products – this set is clearly intended for the collector market. There will be many fans who will gain pleasure simply adding it to their collection and leaving it sealed. Those willing to break into the packaging will be greeted with five bags, containing the 625 pieces needed to construct the infamous bounty hunter’s helmet.

This year marks 40 years of Star Wars: The Empire Strikes Back, so it’s a shame there wasnt more information and history included in the manual, as has become a trend in recent adult-targeted sets.

75277 Boba Fett Helmet is spread across five bags and feels very much like a grown up BrickHeadz set, utilising a lot of similar techniques in order to build an internal structure. Larger panels (all sub assemblies) are attached to the exposed studs of this structure, which create the front, sides and rear of the helmet.

Once the internal structure is finished the next stage is to build the stand. It’s quite a clever design using slopes of various sizes to create a pedestal. To keep the helmet safely secured, two Technic beams are placed through the middle and held in place with pins. When completed, the internal structure of the helmet is placed on top and even at this early stage it is clear how big the final model will be. Compared to the box it comes in it feels pretty small, standing just over 21cm – the benefit of this is that it will be easy to fit on the shelf size to display.

The rest of the build concentrates on adding the back, sides, and finally front of the helmet. The instantly recognisable colour scheme of the fearsome bounty hunter is used throughout. Various dark green and dark red tiles are built onto plates which then attach to the structure. The use of tiles allows for a smooth surface, which is both stylish and essential for replicating the helmet accurately.

While 75277 Boba Fett Helmet looks fantastic, the build is a little lacklustre. There are pockets of interest, such as the use of jumpers and plates to create staggered sub assemblies that at certain times are only half a stud length apart. Some of these are then attached to the main structure by 1×1 plates with clips connected to a 7l bar. It’s a technique not often seen in official LEGO sets and feels something a fan might do in their own builds.

The last bag concentrates on the front of the helmet and as a result builders don’t really come face to face with Boba Fett until the very last moments of the build, which really does spur you on to finish it. That final attachement is easily the most satisfying part of the experience.

The parts usage to create the shaping of the sleek front panels of Boba Fett’s helmet are smart and watching the mercenary appear before your eyes is a pretty cool moment. Unfortunately those satisfying building moments are few and far between.

The printed Boba Fett tile (which acts as the set’s placard) is very pleasing to see however, not only because it adds so much to the final model as a display piece but also because it’s not a sticker. It’s a shame the studs are not the other side though, as it would double up as a fantastic display stand for a Boba Fett minifigure.

This is a set that a lot of people will really want to love, but something about it might leave some feeling a little flat. It looks very accurate to the source material, the price point feels spot on and as a LEGO model it’s a very, very smart final design… but while there are a few surprising and interesting techniques, the majority of the build is not particularly fun and will pose no problems for experienced LEGO fans.

Perhaps 75277 Boba Fett Helmet is a set whose display value will completely outweigh the build? It does look amazing on a shelf and maybe that’s the whole point. LEGO Star Wars fans and Star Wars fans in general looking for something slightly unique to add to their collection will no doubt be purchasing this, but those looking for a deeper all round LEGO Star Wars experience should hunt for their bounty elsewhere.

75277 Boba Fett Helmet is available now at LEGO.com. You can help support Brick Fanatics’ work by using our affiliate links. 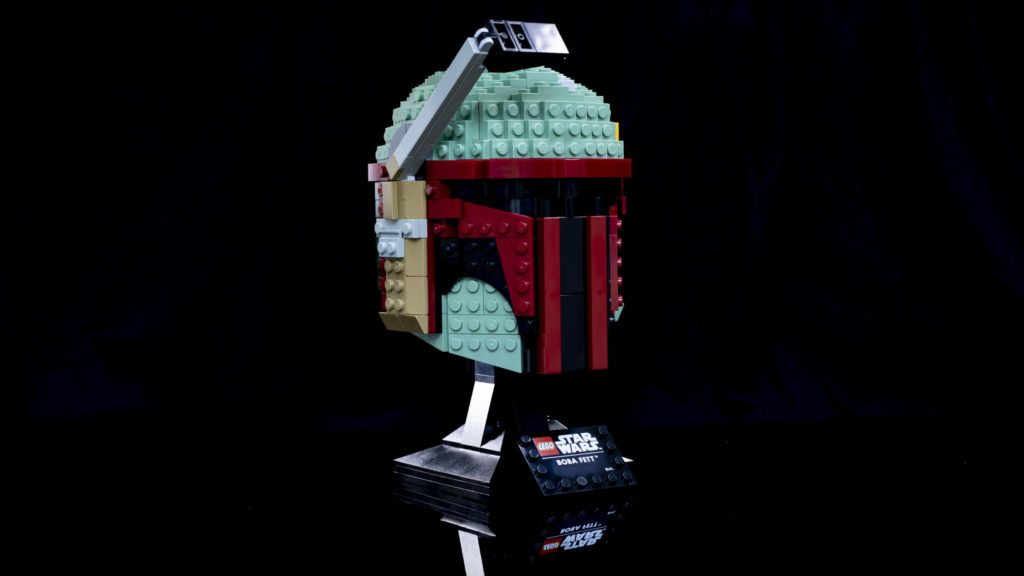