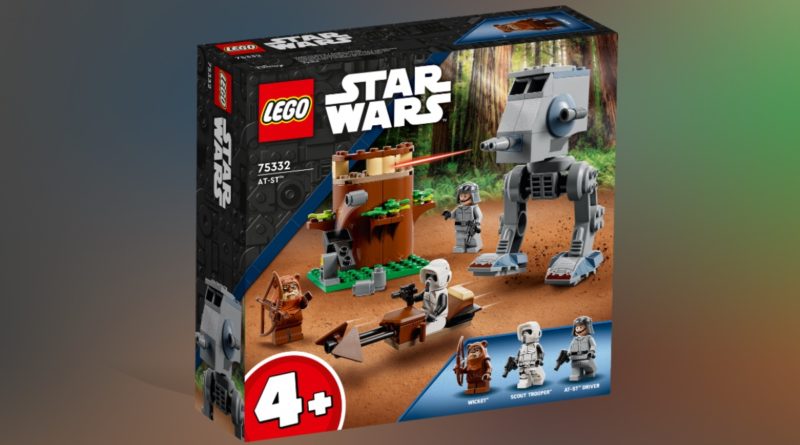 The first official images of LEGO Star Wars 75332 AT-ST have surfaced through the Building Instructions app, revealing what may be the final set in the summer 2022 wave.

If you’re above a certain age – say, four years old – this probably isn’t the AT-ST you’re looking for, because the two-legged chicken walker is aimed squarely at those builders transitioning from DUPLO to System. That means it’s a simple build with an exaggerated design, which priorities playability above accuracy.

And where the AT-ST is concerned, that’s really all fine: we’ve had plenty of these things for older builders over the years, after all. In fact, a variant is available right now in 75322 Hoth AT-ST – but unlike that January release, this 4+ set is based specifically on the more iconic walker from Return of the Jedi.

That means its minifigure selection is pretty decent, and perhaps the major point of appeal for older builders. As well as a standard AT-ST pilot, 75332 AT-ST features another of the most recent Scout Trooper minifigures and the return of Wicket the Ewok.

There’s no word yet on how much the set will retail for (so how much those minifigures will cost you), but 75332 AT-ST will presumably launch alongside the rest of the LEGO Star Wars summer wave on August 1. For your convenience, here’s a reminder of the entire summer 2022 line-up as we know it:

All but the AT-ST are confirmed to debut on August 1, with the majority available to pre-order now.