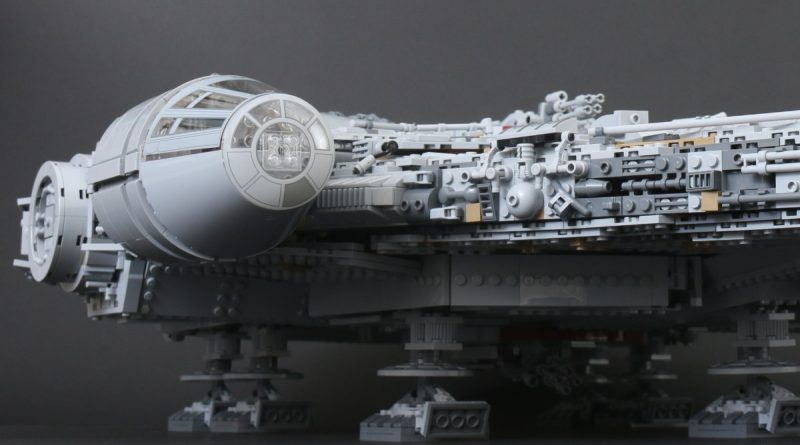 LEGO Star Wars fans were left astounded by a video of 75192 Millennium Falcon being thrown down a flight of stairs – with surprising results.

The video, uploaded by JustJoshingVFX in collaboration with animation studio Rokoko, set heartbeats racing as a fully-built UCS Millennium Falcon gets abruptly thrown down a flight of stairs. When it hits the stairs halfway down, however, disaster doesn’t strike in the way you would think.

The set goes floppy, sliding and slipping down the stairs in a seriously disconcerting way. Still, we’ll put up with a bizarre-looking LEGO set if it means that it doesn’t get smashed to pieces on its way to the ground.

Since uploading the video and scaring tens of thousands of LEGO Star Wars fans, JustJoshingVFX has shared a second video, promising to explain how you can throw your UCS Millennium Falcon down the stairs without breaking it. They go on to describe exactly how the video was put together. Thankfully, no Millennium Falcons were hurt in the making of the video, only a detailed 3D replica of the set.

Every detail was accounted for, even down to creating a wet map on the stairs, so that the carpet would look like something had been dragged across it. All in all, a solid amount of effort that certainly made some LEGO fans stop scrolling in horror.

‘You almost gave me a heart attack,’ wrote Mclovin on TikTok, while Dorist called for an ‘apology video with tears’ immediately in the comment section of the video. Elsewhere on his page, JustJoshingVFX regularly shares videos with impressively realistic special effects, always eliciting shocked reactions from his audience.