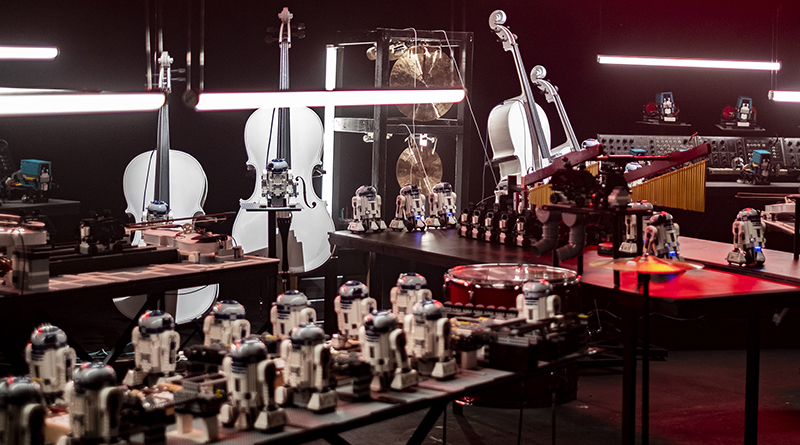 The impressive Droid Orchestra video that showcases LEGO Star Wars BOOST 75253 Droid Commander has been nominated for a Webby Award.

Held each year, the Webby Awards celebrate online creativity and marketing savvy. The LEGO Group’s video promoting LEGO Star Wars BOOST 75253 Droid Commander, which sees the capability of BOOST technology taken to the next level, has been nominated for the Viral Video – Branded Entertainment award.

It is now up to a public vote to see which video will bag the prize.

In the video, 46 R2-D2 droids, 26 Mouse droids and 23 Gonk droids play 10 xylophones, 10 violins, 4 chellos, 8 keyboards, 6 electric drums, 2 gongs, 2 chimes, 2 floor toms and 2 cymbals. As well as the robots themselves being made from LEGO elements, most of the mechanisms inbetween them that get them moving together are also built using bricks.

The new 1,177 piece set, used in the video many times over, builds three fan favourite droids that work with the BOOST hub – R2-D2, the Gonk Droid and the Mouse Droid. All three can be built at once, with special Star Wars software demonstrating how users can code and play.