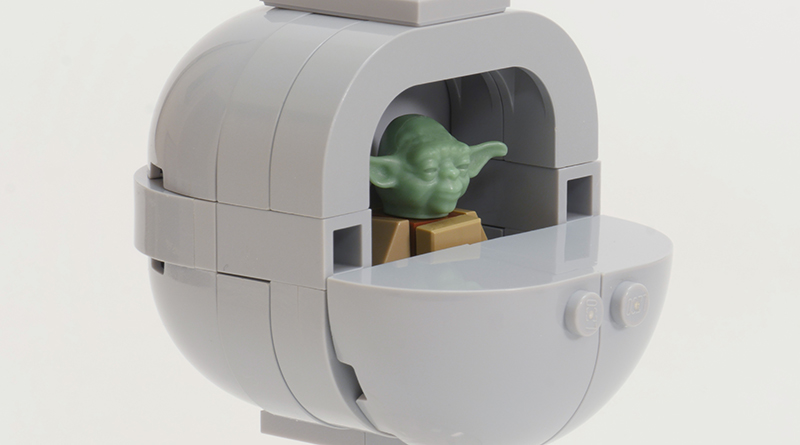 This little LEGO build reveals how to put together The Child – better known as Baby Yoda – from Star Wars: The Mandalorian, complete with his hovering pod

At the end of the first chapter of Star Wars: The Mandalorian, the titular gunslinger discovers that his 50-year-old quarry is an infant of the same species as Master Yoda. From that moment, the character has captured the hearts of fans all over the world, as shown by the never-ending number of memes he has inspired.

To celebrate a huge week for Star Wars, that sees The Rise of Skywalker released and a new episode of The Mandalorian, Brick Fanatics is presenting a series of exclusive builds and features. Today’s LEGO Star Wars instructions show how to build The Child and the hovering pod that he spent much of the first three episodes riding around in.