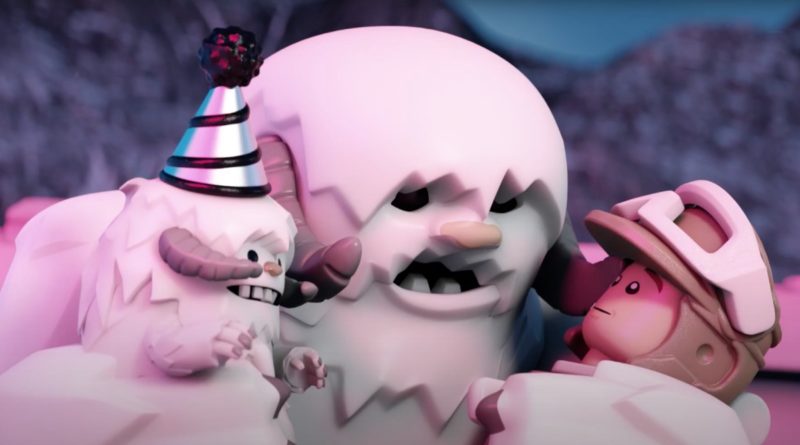 To celebrate the impending New Year’s Eve, the LEGO Group has a released a fun-filled festive video that features a number of LEGO Star Wars vehicles, minifigures and sets. Available to watch now on YouTube (or you can view the video below), the New Year’s Hothin’ Eve animated short shows the Rebels settling into their new ice base, when the Empire launches a surprise attack.

The assault on the Rebel base is overseen by General Veers from his 75313 AT-AT, the first time the latest version of the Imperial walker has appeared in an official LEGO short. Also glimpsed in the video is 75322 Hoth AT-ST, although the new model ends up being destroyed by the Empire itself, and the Hoth Scout Troopers, Snowtroopers and speeder bikes from 75320 Snowtrooper Battle Pack.

On the Rebel front, it’s primarily 75098 Assault on Hoth that represents the Rebels’ minifigures, sets and vehicles. Luke Skywalker pilots that set’s Snowspeeder, which is a great scale and fit for taking on 75313 AT-AT. As is the nature of Star Wars, the good guys ultimately win, beating the Empire with seconds to spare on the New Year Year’s Eve countdown clock and Luke receives a hug from a friendly Wampa family.

The video offers a very tongue-in-cheek version of the Battle of Hoth, with the usual trademark sense of fun that’s very familiar in LEGO animation, plus the inclusion of upcoming LEGO Star Wars sets is a great addition.

You can check out New Year’s Hothin’ Eve on the LEGO Group’s YouTube channel now. 75322 Hoth AT-ST and 75320 Snowtrooper Battle Pack will both be available to buy from January 1.