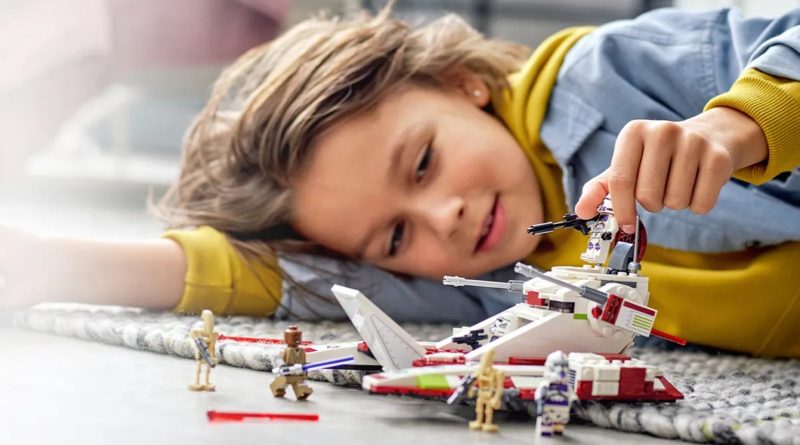 The upcoming 75342 Republic Fighter Tank from LEGO Star Wars features clones who seemingly debuted in a product from another toy company.

A full look at 75342 Republic Fighter Tank has been revealed after an initial appearance on the official online store, offering a closer look at the minifigure selection. It includes a new Mace Windu with detailed arms based on his Clone Wars appearance and a group of 187th Legion Clone Troopers including two soldiers and a commander.

According to the Star Wars Wiki, Wookieepedia, the 187th Legion appeared in Star Wars canon in what appears to be dark red armour rather than the purple that they are seen with in the set. Despite matching the colour of Mace Windu’s signature lightsaber, there are only a few places where purple 187th Legion troopers have appeared.

A figure pack released by Hasbro in 2006 featured Mace Windu and these 187th Legion Clone Troopers in purple armour. According to the Star Wars Wiki, this pack and a few high-quality busts are some of the only appearances of the 187th Legion in purple.

Whether or not Hasbro or its employees came up with these designs originally, or if they’re adapted from artwork provided by Lucasfilm is unknown. However, it still presents an interesting connection between the two toy companies with the purple troopers now getting minifigures in 75342 Republic Fighter Tank.

The LEGO Star Wars set has yet to be officially announced, meaning we don’t yet know when it will release or for how much. Another connection between the two manufacturers may be on the way as rumours for a LEGO Transformers model have surfaced, though aren’t confirmed.