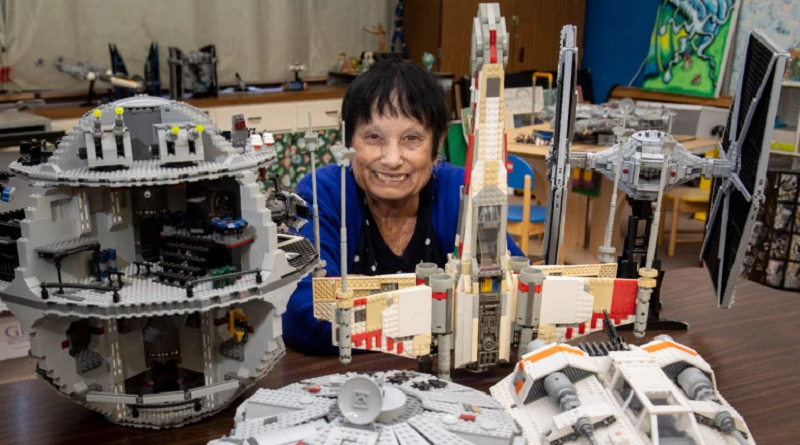 Jeanna Bassett, the teacher whose LEGO Star Wars collection was vandalised, found support from LEGO fans, the LEGO Group and even a Star Wars director.

Last month, Brick Fanatics reported the fantastic news that LEGO fans has helped out the Concordia Elementary School art teacher whose collection of LEGO Star Wars sets was vandalised. A group of fans came together to rebuild smashed LEGO sets and arranged for a donation from the LEGO Group. Now, the OC Register, a local news outlet, is highlighting the positive ending that this story had.

“Most of the big Legos are back: the Death Star, Star Destroyer, X-wing fighter, Sandcrawler, Snowspeeder, Y-Wing and all the TIE Fighters. Ninety percent of the Legos are back together,” explained Jeanna Bassett.

“To paraphrase Liam Neeson, as adult fans of LEGO, we “do have a very particular set of skills” that were perfectly suited for solving this problem,” said Paul Lee of the Los Angeles LEGO User Group. “We have the building experience and expertise, and we have the resources in terms of replacing damaged or missing pieces.” 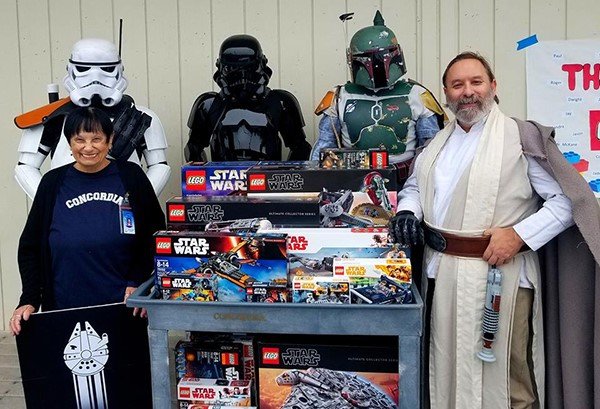 “We were thrilled to be able to help Jeanna rebuild some of her amazing collection by sending her an assortment of LEGO Star Wars construction sets,” said Michael McNally, Senior Director of Brand Relations at the LEGO Group, who supplied $2,000 worth of sets. “There are 20 years’ worth of Star Wars adventures to build in LEGO form and we hope that our small contribution to her collection will inspire her to keep building and sharing her passion with her students and community for years to come.”

Star Wars: The Last Jedi director Rian Johnson, who has nephews who attended the school, sent a signed poster to the art teacher.

“It’s really the story of how the community came together,” said Jeanne. “It’s sad it had to happen in the first place but it shows you people really do care.”