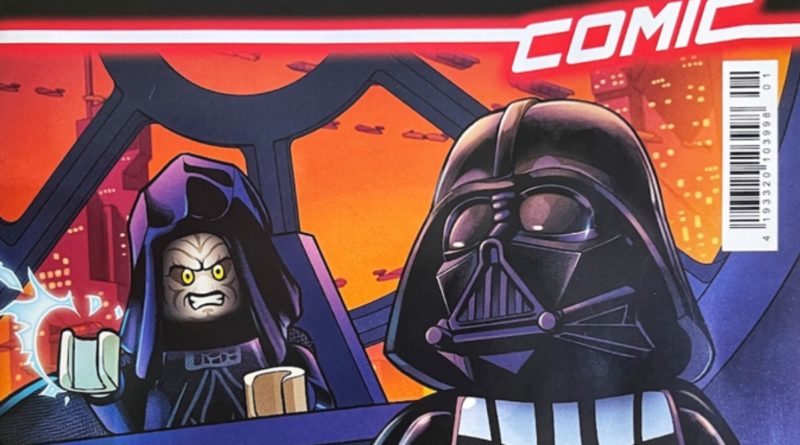 A bi-monthly LEGO Star Wars comic book has launched in Germany, offering another avenue to collect free mini-models and minifigures.

Just like the official LEGO Star Wars magazine, the first issue of the comic book – which is more compact than its sister title, reflecting the general size of regular comics – includes a foil-bagged freebie on its cover.

That’s because the same publisher is responsible for both titles, while the content inside is essentially the same – it’s just packaged differently. The comic book eschews the puzzles and activities of the larger LEGO Star Wars mag in favour of pure comics (and a poster or two), but the main appeal for most of us will still be the free gifts on the front.

For this first issue, that consists of two buildable characters (the LEGO Group technically doesn’t classify them as minifigures) in R2-D2 and MSE-6, as revealed by Promobricks. The same combo originally arrived in the LEGO Star Wars magazine proper in Issue 57, which hit newsstands in March 2020.

That suggests future issues of the LEGO Star Wars comic book, which is slated to arrive once every two months, could well be just an excuse for Blue Ocean Entertainment in Germany (or Immediate Media in the UK, should the title make it to these shores) to shift leftover stock of its previous freebies. There’s no indication of Issue 2’s contents inside Issue 1, so we’ll have to wait for October to find out for sure.