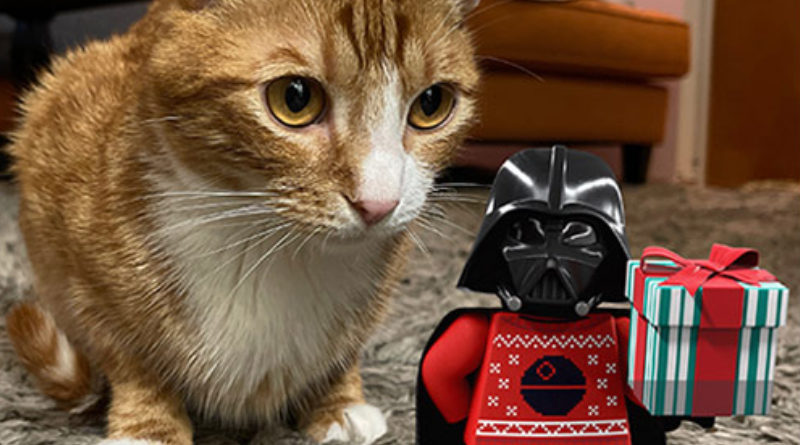 The Star Wars app has added a new set of stickers themed around the LEGO Star Wars Holiday Special to help decorate your photos.

In a new update, the Star Wars app has added a number of photo features, including a way to customise photos with stickers from the LEGO Star Wars Holiday Special.

The stickers include a wide cast of characters from the Holiday Special, including the Christmas jumper-wearing Poe Dameron and Darth Vader, as well as a group of porgs wrapped in LEGO fairy lights.

Fans of The Mandalorian will delight in the titular character’s sticker as well as The Child’s. The new update also allows fans to insert themselves into a wanted poster hologram from the popular series. But be quick, these stickers will only be available until January 1.

The LEGO Star Wars Holiday Special is now streaming on Disney+ and is the centrepiece for the LEGO Star Wars celebrations this Christmas. These stickers are not only a great way to commemorate the special, but also count down the days to Christmas by adding them to photos of the 75279 Star Wars Advent Calendar.

This year, LEGO Star Wars is also helping to celebrate the holidays with a series of videos showing fans how to remix their LEGO Star Wars models for the festive season. LEGO fans in New York can also visit a seasonal display at the Empire State Building.