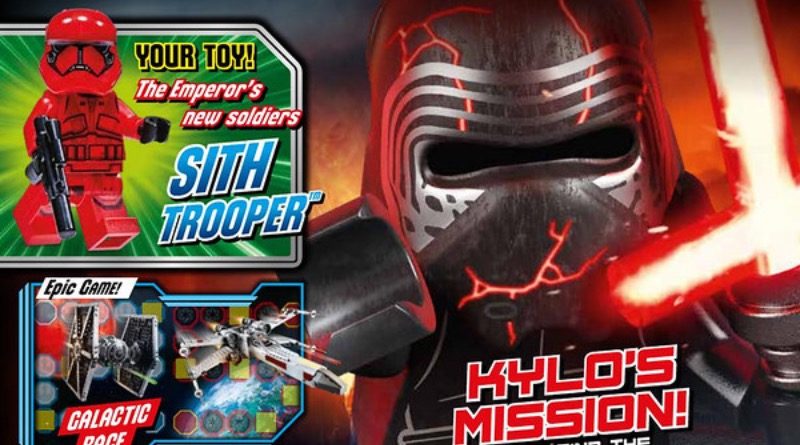 The latest issue of the LEGO Star Wars magazine will arrive on shelves next week in the UK, and includes a free Sith Trooper – plus one bonus toy.

In at least Germany, that extra foil-bagged freebie is a Finn minifigure from Star Wars: The Force Awakens, but the UK edition of the mag has apparently instead opted for a randomly-selected gift. In previous months, that’s meant a model or minifigure from the back catalogue, so expect the same again here.

A double freebie also means the usual uptick in price from £3.99 to £5.99, but an extra £2 is easy to swallow when you’re talking about twice the return. It’s worth checking multiple copies for your preferred bonus build or character, as they’ll likely vary from cover to cover.

You’ll also get the usual mix of activities, comics, puzzles and posters inside the issue’s pages, although they’re obviously geared towards a much younger target audience. Handy if you’ve got a junior LEGO fan to keep entertained (and distracted from the physical bricks and minifigures), though.

Issue 74 of Immediate Media’s LEGO Star Wars magazine will go on sale from August 4 at newsagents, supermarkets and other retailers.