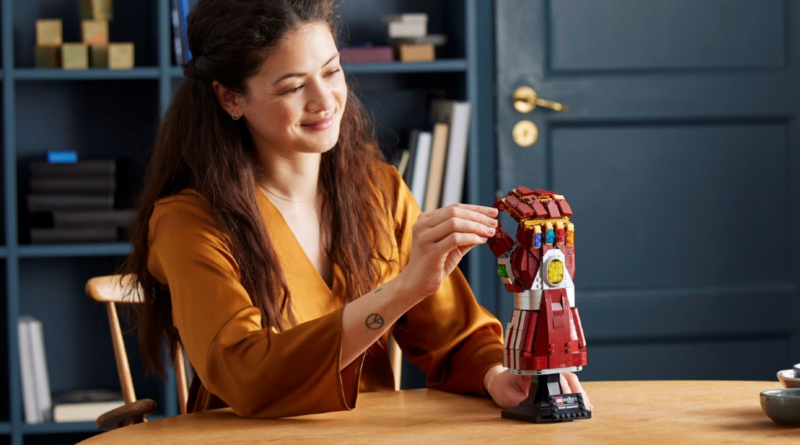 The LEGO Group has gone beyond helmets for the Marvel theme, expanding into other objects from the MCU – but when will the Star Wars universe get the same treatment?

76191 Infinity Gauntlet, 76223 Nano Gauntlet, and 76209 Thor’s Hammer are all examples of iconic parts of MCU history being immortalised in brick form. While there are some examples of the same for LEGO Star Wars, the majority of major sets centre around ships, like UCS Millennium Falcon and Razor Crest, or the ever-expanding Helmets collection.

We’re keen to see some more objects from a galaxy far far away remade by the LEGO Group. In no particular order, here are five iconic Star Wars objects we’d love to see rendered to scale in brick-built forms.

If there’s anything we need to go with 40483 Luke Skywalker’s Lightsaber, it’s his mechanical hand. Darth Vader’s revelation is arguably one of the most iconic scenes from the Skywalker Saga, making Luke’s loss of his hand a ground-breaking moment for the character in more ways than just physical.

Skipping forward, it’s not until you see the metal hand of Din Djarin and the gang’s Jedi saviour that you know it’s Luke Skywalker coming to the rescue in The Mandalorian. The prosthetic limb is an intrinsic part of Luke’s character and it would be fantastic to see it in brick format in a similar style to both 76191 Infinity Gauntlet and 76223 Nano Gauntlet.

While the LEGO Group might have already addressed why we haven’t got a new minifigure-sized Darksaber, what we really want is a scaled version. Nothing looks quite like the Darksaber and it would be an impressive feat for any LEGO designer to pull off the unique colours.

Even the hilt itself is iconic enough, making a marked departure from the usual silver and gold of the majority of lightsabers. The hard angles and dark colours would lend itself to a striking LEGO set, in contrast to 40483 Luke Skywalker’s Lightsaber.

As weapons go, blasters can be overlooked in favour of lightsabers in the Star Wars universe. That’s why we’d push for Han Solo’s blaster to be made into a scaled LEGO version, perhaps even shooting its own stud blasts.

Complete with its own stand, it would make a good display piece alongside 75192 Millennium Falcon. Plus, you could act out the Han-Greedo scene for yourself and decide who shot first once and for all.

We’ve got the bounty hunter’s helmet with 75277 Boba Fett Helmet, but who doesn’t want to have their own jet pack lying on a shelf or fixed to a wall? While we will accept that the LEGO Group is unlikely to bring out a set that can actually fly, we can let our imaginations do the rest.

The set doesn’t even exist but we’re already picturing what an effect we could have with some orange LED lights fixed to the base of a brick-built jet pack. We’ve done our part – let’s get the LEGO Group to do theirs!

Finally, we’ve been able to collect Kyber Bricks in LEGO Star Wars: The Skywalker Saga and it’s given us a hankering for more. We’d love to build our very own brick-built Kyber Crystals and start our own Jedi/Sith journey.

Even better, the LEGO Group has been offering more customisation options on recent sets like 31207 Floral Art and 76391 Hogwarts Icons – Collectors’ Edition. If LEGO Kyber Crystals were on the cards, you could determine your own colour for the centre of the crystals, just like any young Force-sensitive Padawan would.