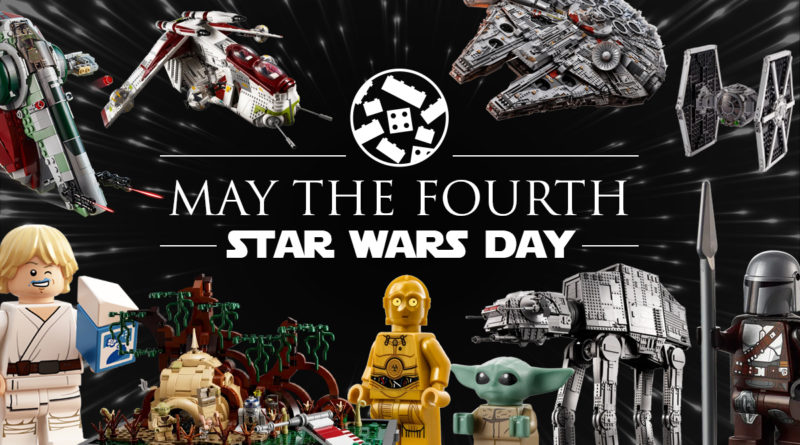 Rumoured dates for this year’s May the Fourth event have surfaced, giving us an idea of when to expect the next round of LEGO Star Wars deals and freebies.

A total of three gifts-with-purchase are said to be on the cards for this year’s promotional period, with three different qualifying thresholds: one at $40, one at $70 and one at $160. At the moment, reaching the smallest of those required spends is rumoured to net you a copy of 30495 AT-ST, a micro-model of January’s 75322 Hoth AT-ST.

Take your order up to $70 – not difficult where LEGO Star Wars is concerned, particularly with the launch of the three new Diorama Collection sets next week – and you’ll apparently bag yourself the Blue Milk Luke polybag that was originally included in LEGO Star Wars: The Skywalker Saga’s Deluxe Edition.

Less is known about the final of the three free gifts, but for $160 it’s safe to expect something a little more substantial than just a minifigure or polybag. If the LEGO Group follows the trend established over the past few years, we’re likely looking at some kind of microscale vignette, for example.

We won’t know the exact nature of 2022’s May the Fourth deals until the LEGO Group confirms them officially, but we shouldn’t have long to wait: according to Instagram user 1414falconfan, this year’s event will run from May 1 to 4. That’s a relatively short timeframe compared to last year, when LEGO May the Fourth deals were available from April 30 to May 5.

It’s also still a rumour at this stage, however, so don’t bank too heavily on it for the minute. We’ll confirm the exact timing of this year’s May the Fourth promotions as soon as we have confirmation from the LEGO Group, but until then, check out everything we know so far over on our dedicated May the Fourth hub.