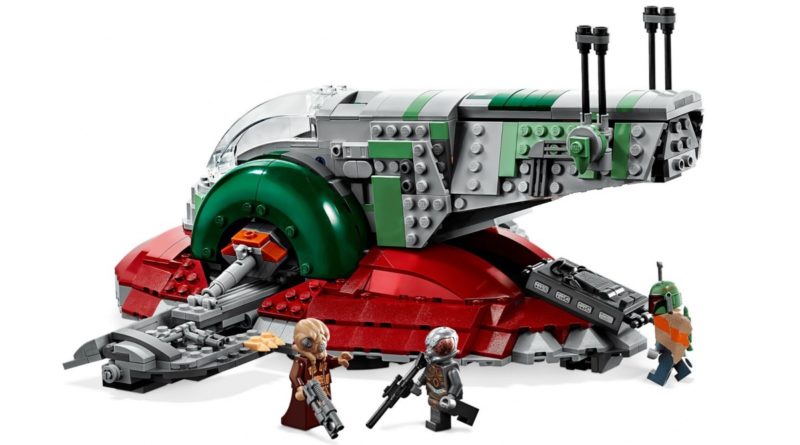 While the LEGO Group experiments with its own recoloured sets in 77940 Mighty Dinosaurs and 77942 Fiat 500, we’ve reimagined LEGO Star Wars 75243 Slave I in Jango Fett’s colour scheme.

It’s been almost 20 years since the last official minifigure-scale version of Jango Fett’s Slave I (or Jango Fett’s Starship, as any new set would surely be named). That 360-piece set was a vast improvement on the only other Slave I at the time, Boba’s version from 2000, but by today’s standards it’s comparatively ancient.

Fortunately, the LEGO Group already has an almost perfect template for a detailed and functional minifigure-scale version of the bounty hunter’s transport in 2019’s 75243 Slave I – 20th Anniversary Edition. And now that it’s trialling recoloured sets in its new pilot program, the doors seem open to revisiting that now-retired set with a fresh coat of paint.

Thanks to the wonders of Photoshop, though, we don’t need to wait for the LEGO Group to do the hard work. Below, you’ll find side-by-side comparisons of both Boba’s sand green and dark red colour scheme, and Jango’s dark blue and lighter green ship:

Given how many iterations of the Boba version we’ve had over the years – and it’s a lot, at so many different scales – he’s clearly the more popular character in the LEGO Group’s eyes. But if it’s too hesitant to commit pouring resources into designing a brand new version of Slave I in Jango’s colours, it seems that the obvious thing to do would be simply recolouring an existing version of the set.

If the pilot program for 77940 Mighty Dinosaurs, 77941 Mighty Dinosaurs and 77942 Fiat 500 is successful, the opportunity could present itself for the LEGO Group to go down this route with more existing sets – including 75243 Slave I, just in time for Attack of the Clones’ 20th anniversary in 2022. Here’s hoping. 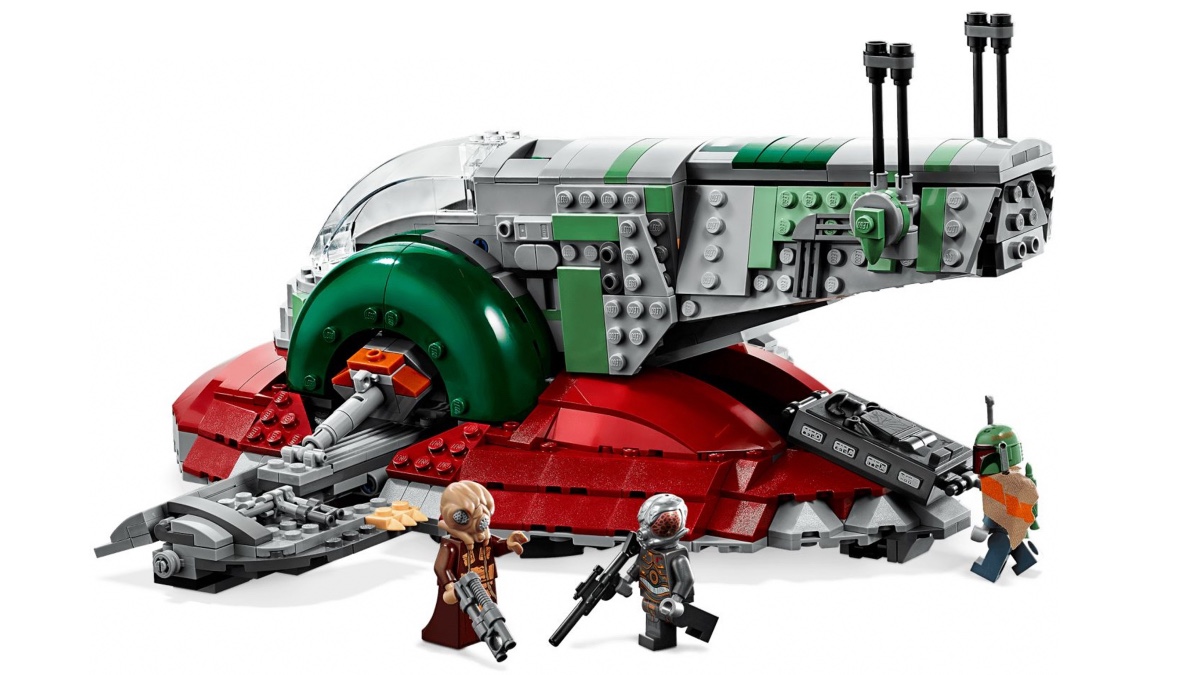