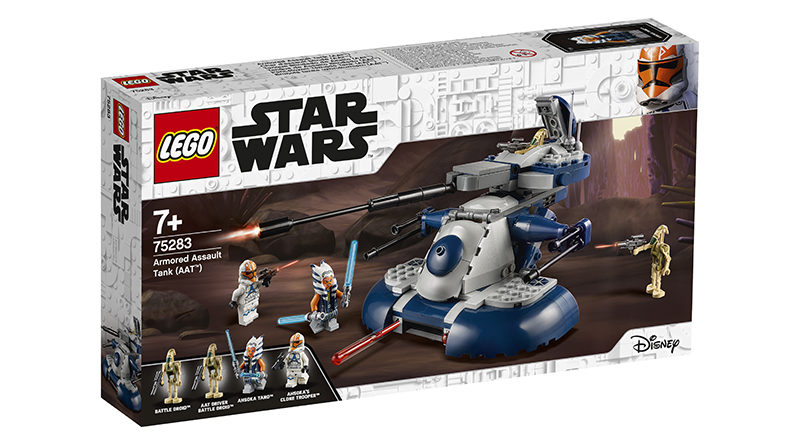 A LEGO set inspired by Star Wars: The Clone Wars, 75283 Armored Assault Tank (AAT) has been announced – and it includes a new Ahsoka Tano minifigure along with an Ahsoka Clone Trooper.

When a wave of new LEGO Star Wars sets arrives on August 1, fans will be able to pick up a set loosely inspired by the final season of The Clone Wars, which recently wrapped on Disney+. Treading familiar ground, 75283 Armored Assault Tank (AAT) includes a rank with a couple of Battle Droids – along with a new Ahsoka Tano minifigure and one of her Clone Troopers, with unique helmet markings. It’s an odd mix, as Ahsoka and her Clones were fighting Mandalorians, not droids.

Here are the official set images:

Kids can enjoy hours of epic battle action with this LEGO Star Wars: The Clone Wars Armored Assault Tank (AAT) building set (75283). The AAT has lots of realistic details to inspire fun, creative play, including opening hatches with space inside for the Battle Droids, LEGO minifigures, 2 spring-loaded shooters and a rotating turret with an elevating cannon. 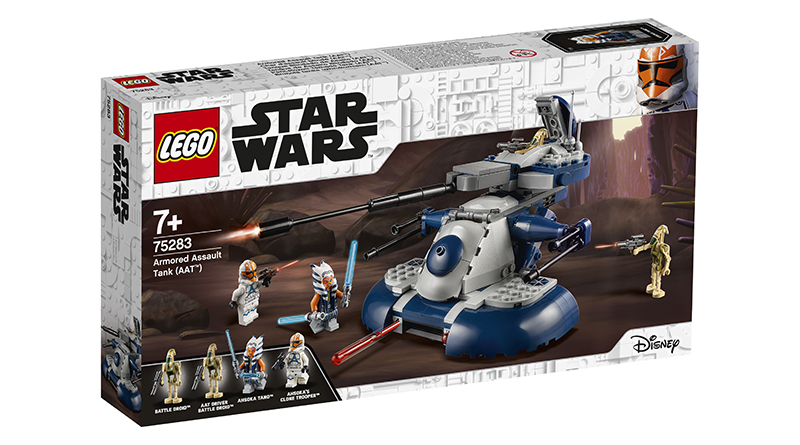