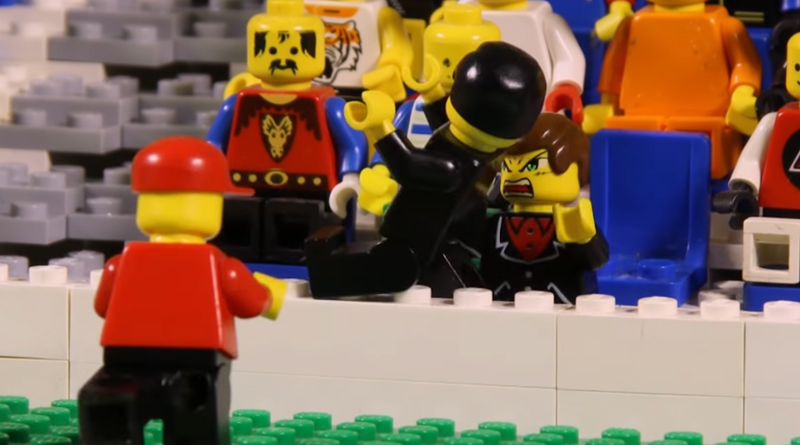 A LEGO brickfilm recreating Eric Cantona’s karate kick moment is being shared on social media today, as it is exactly 25 years since the player lost his cool after being sent off.

Today marks 25 years since Eric Cantona infamously kicked a spectator after being sent off during a football match against Crystal palace at Selhurst Park. To mark the occasion, a LEGO recreation of the incident is making the rounds on social media.

During the game, Cantona had an angry exchange with Crystal Palace player Richard Shaw, then went he was given the red card found himself at the receiving end of insults from spectator Matthew Simmons. He delivered an incredible karate kick at Simmons that made headlines around the world.

The LEGO stop motion film recreates what happened with a great deal of accuracy and features the original commentary as audio for added authenticity.

Cantona’s memorable incident was almost equalled by the quote he gave later, telling journalists: “When seagulls follow the trawler it is because they think sardines will be thrown into the sea.”