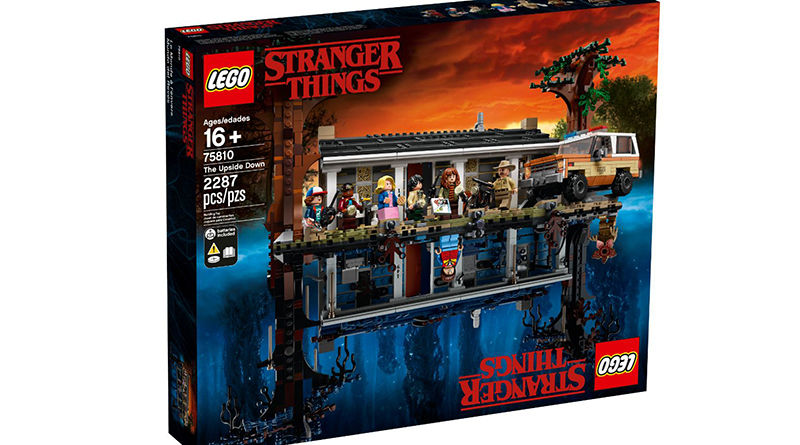 The LEGO Group and Netflix have announced the first product collaboration between the two global companies, with LEGO Stranger Things 75810 The Upside Down revealed to the world at special events in London and New York.

Using 2,287, LEGO Stranger Things 75810 The Upside Down recreates the Byers household and the mysterious Upside Down. The set is priced at £179.99 in the UK and $199.99 in the USA and measures 32cm tall, 44cm wide and 21cm deep. This set is the first time that the LEGO Group has collaborated with Netflix, and sees the company move further into distinctly adult territory.

The best part is, the set is released today, May 15 – so head to shop.LEGO.com to check whether it is on sale now. To get a sense of what the set is all about, fans can read the Brick Fanatics review.

In this new release, the memorable Byers house is recreated with key details, including the bedroom, living room and dining room. Fans will find many nods to the series, from Joyce’s makeshift light string communciation device to a poster for a film directed by Steven Spielberg. What makes this model special though, is its ability to be flipped from the regular world to the Upside Down, allowing fans to trap Will in the mysterious world. Eight minifigures allow builders to re-enact saving Will, with Eleven, Mike Wheeler, Lucas Sinclair, Dustin Henderson, Joyce Byers, Chief Jim Hopper and the Demogorgon all included too.