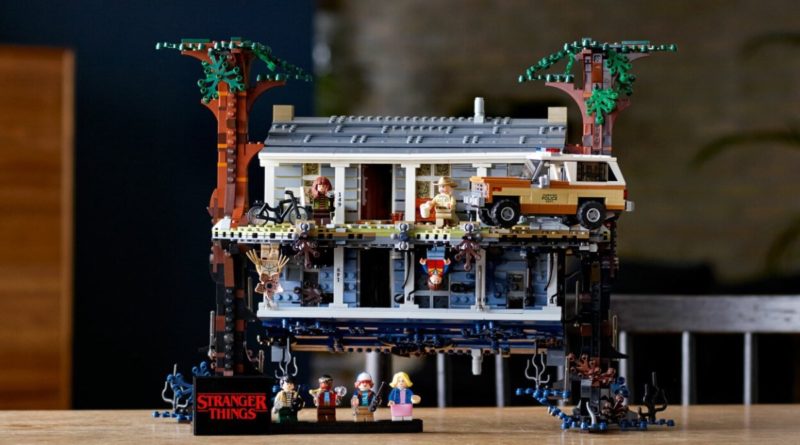 The first LEGO Stranger Things set may have been hinting at the upcoming Dungeons & Dragons partnership back in 2019.

Three years ago, in 75810 The Upside down, a sticker depicting a rule book with a dragon on the front was included in one of the rooms of the brick-built home. While no specific game is mentioned on the sticker, given Stranger Thing’s ties with Dungeons & Dragons, it seemed to be a reference to the game’s previous expert rulebook – which is a match to the design too.

Now, three years later, LEGO Dungeons & Dragons has just been officially announced in the form of a LEGO Ideas challenge, which will result in a set based on a fan-submitted design. 75810 The Upside Down has turned out to be prophetic in regard to this partnership.

Whether or not the LEGO Group had the collaboration with Hasbro planned when developing 75810 The Upside Down has not been confirmed, but it’s interesting to see that the clues for LEGO Dungeons & Dragons may have been hiding in plain sight all along.

Unfortunately, 75810 The Upside Down has now been retired but the theme continues with a BrickHeadz pack and a keyring.