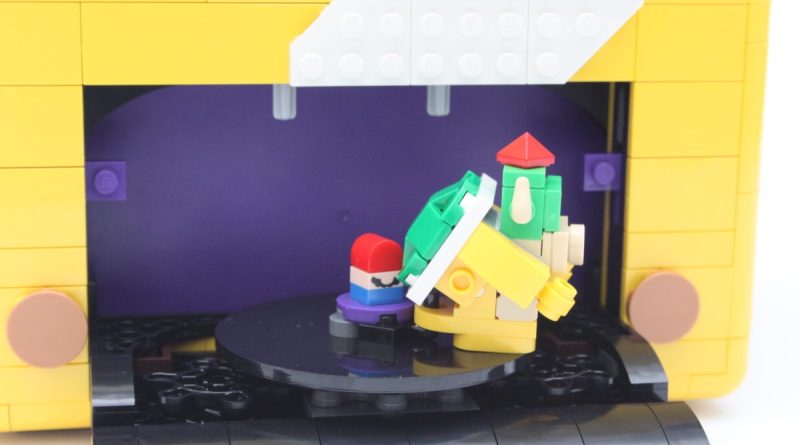 Small, medium and large LEGO models of Super Mario’s Bowser are all up for grabs, now that 71411 The Mighty Bowser has hit the market.

The LEGO Super Mario theme has gone from strength to strength lately, with more than a hundred different sets appearing in the theme to date. Recent innovations include new playable characters such as Luigi and Peach, with the former receiving his own trio of sets inspired by haunt-em-up Luigi’s Mansion.

That said, 71411 The Mighty Bowser may prove the most alluring entry in the theme – at least for the older Mario fan. Offering a LEGO model of Bowser with unparalleled detail, the set can even be puppeted around thanks to some smart design choices.

Now that it’s on shelves (as of October 1) LEGO fans have a rare opportunity: namely, to pick up Bowser at one of three different scales depending on their preference. A micro-scaled Bowser can be found hidden away in 71395 Super Mario 64 Question Mark Block, while a merely small Bowser appears in 71408 Princess Peach’s Castle.

Still, at this stage, you have as wide a choice of LEGO Bowsers as you’re going to get. And since all three sets are compatible with characters in the LEGO Super Mario starter course sets (like 71360 Adventures with Mario) you may find multiple purchases a little easier to justify.

The holy grail of LEGO Bowsers is naturally the LEGO Bowser produced for SDCC earlier this year. Measuring 14 feet high and using over 600,000 pieces, the model even had moving parts thanks to concealed internal electronics. Sadly, it may be some time before we see a LEGO Bowser of that ilk on store shelves.