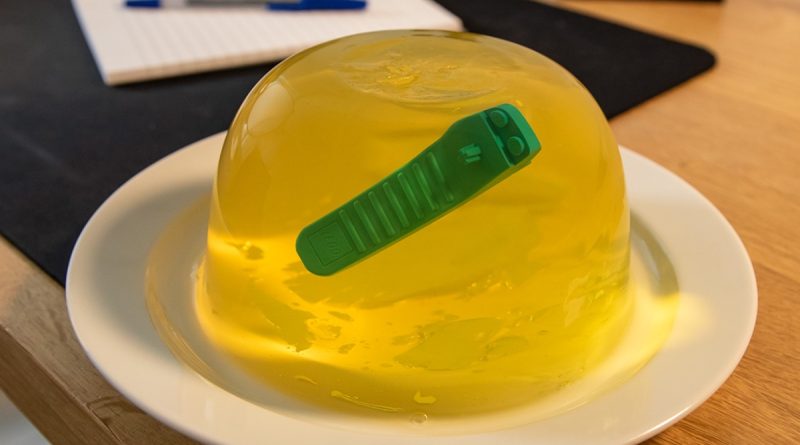 The LEGO Group has teased the upcoming Ideas set based on The Office, suggesting a full reveal may be imminent.

Jaijai Lewis’s sitcom project got the green light in October last year as part of the record-breaking first 2021 review, which saw a total of 57 builds vying for approval. It wasn’t the first project based on the US version of The Office, but the timing was apparently right this time to move ahead with a set long-requested by the Ideas community.

It now looks like we could be very close to an official reveal – and presumably launch – of the finished product, as the LEGO Group has teased the set on Twitter by encasing a brick separator in yellow jelly, referencing a classic gag from both the UK and US versions of the show.

While the latest rumours reckon the next LEGO Ideas set will be 21335 Motorized Lighthouse, allegedly releasing in September with a price tag of around $300 (pending next month’s price increases), it looks like those reports could be false – or the LEGO Group could be juggling around the release order for its current sets in production.

It wouldn’t be the first time the rumour mill got the finer details wrong – 21330 Home Alone was originally thought to be numbered 21329, which instead turned out to be the Fender Stratocaster – but it’s equally possible that The Office will be numbered 21336, and the Ideas team will be breaking the sequential order of its releases for the first time.

We’ll likely find out one way or another very soon, but if The Office really is right around the corner, it’ll mark another release in what’s already a packed summer Ideas schedule, with both 21333 Vincent van Gogh – The Starry Night and 21334 Jazz Quartet landing on shelves over the past few weeks.