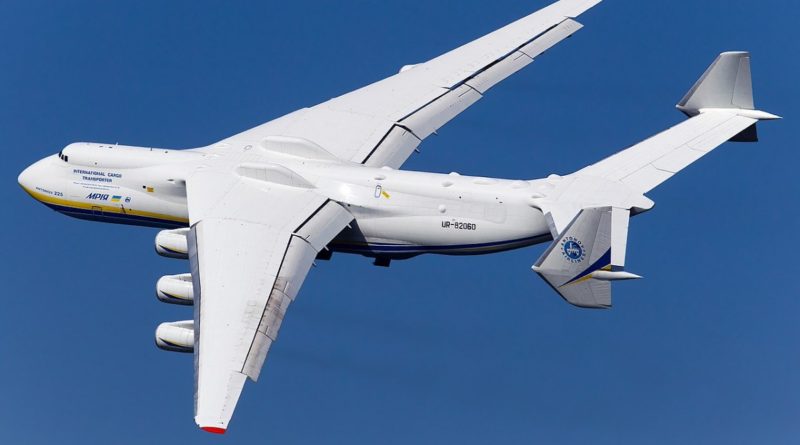 A LEGO CITY designer has tweeted images of the world’s biggest aeroplane with a teasing caption, suggesting a LEGO model of the aircraft is currently in development.

Corvin Stichert – who was the lead designer on 2020’s 60262 Passenger Airplane – tweeted a photo of the Antonov An-225 Mriya on Friday, captioned: “It’s always neat when the research comes to us.” Designed in the Soviet Union in the 1980s, the An-225 was originally intended for military missions, but has since been repurposed for commercial operation.

The cargo plane is not only the heaviest aircraft of all time, but also boasts the largest wingspan of any aircraft, and holds the world records for the biggest airlifted single and total payloads. If the LEGO Group is intending to produce CITY sets based on specific real-world aircraft, this would definitely be a good place to start.

According to Flightradar24, the An-225 was indeed in Billund over the weekend, having flown in from Kyrgyzstan on Friday. It then departed Denmark on Saturday, heading for Ukraine. Corvin tweeted images of the plane leaving the runway at Billund Airport, effectively confirming the ‘research’ mentioned in his original tweet is for a product currently in development.

While 60262 Passenger Airplane is still available at LEGO.com, any set being designed right now likely wouldn’t hit shelves until 2023 or 2024 at the earliest. It’s also worth remembering that the LEGO Group introduced several new aircraft elements in 2020, so we wouldn’t be surprised to see it getting more mileage out of them relatively quickly.

LEGO CITY typically doesn’t include licensed products, however, so it could be that the An-225 will only provide loose inspiration for a future wave of airport sets. But you never really know what the LEGO Group has up its sleeve…