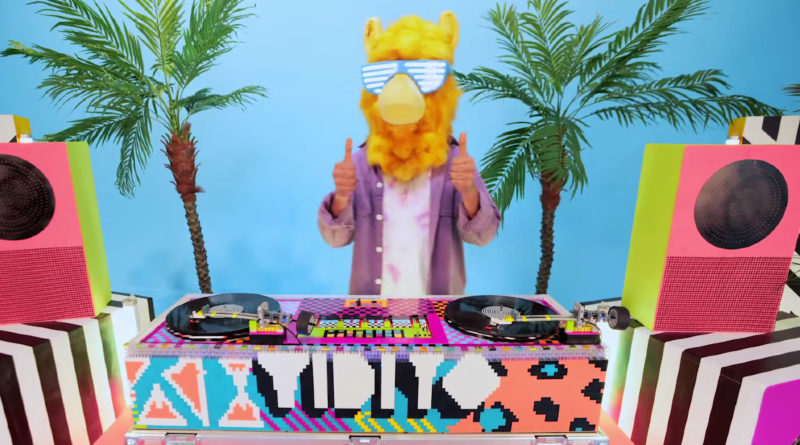 If LEGO VIDIYO isn’t quite musical enough for you, then a new video is showcasing a working DJ deck inspired by and built using parts from the new theme.

LEGO VIDIYO has just launched its new collection of sets, including BeatBoxes, Bandmates, BeatBits and some of the most unique LEGO minifigures yet. To help promote this new theme, the LEGO Group has partnered with machine builder Sam Battle and challenged him to create a functioning DJ record turntable using LEGO, and LEGO compatible electronics.

The deck is certainly eye-catching with blends of pink, blue, and the white VIDIYO logo but the most interesting parts lie inside the device. Sam has integrated a combination of MINDSTORMS, System, Technic and even a custom LEGO-compatible circuit board.

Even L.L.A.M.A makes a guest appearance to test out the finished product, with BeatBit buttons activating a variety of sound effects. It’s definitely an impressive feat considering just how much of the machine is purely made of LEGO bricks.

LEGO VIDIYO is one of the LEGO Group’s more experimental themes that is attempting to blend music and bricks, with an accompanying app and a range of sets. Even the most recent Our LEGO Stories podcast has delved into the history of theme, which all began with a meeting under the stairs.

LEGO VIDIYO is available now with six BeatBoxes and a new series of blind-boxed minifigures in 43101 Bandmates.