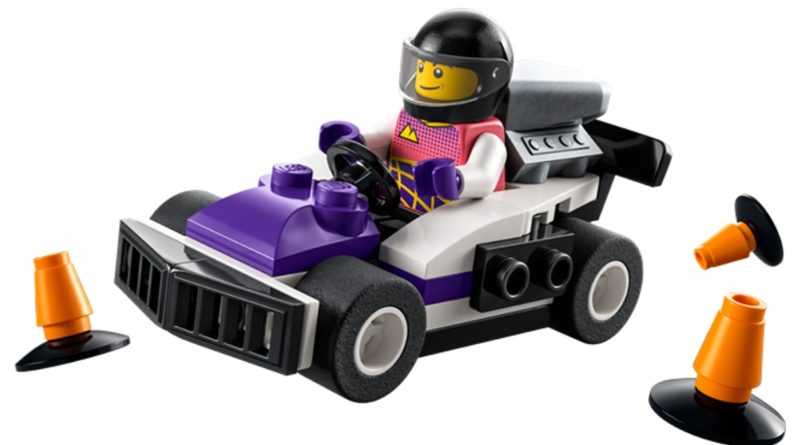 A number of recent LEGO promotional VIP and gift-with-purchase polybags have started to become available at some UK retailers.

As reported earlier, two new GWP items have been added to LEGO.com today and are available in stores (in most territories) in the shape of 40561 Pencil Holder and 30509 Yoshi’s Yellow Fruit Tree Expansion Set. These sets join 40515 Pirates and Treasure VIP Add On Pack, which is still available for free to LEGO VIP members with purchases over £50 / $50 / €50.

Whilst these new items are a great incentive for returning customers, it appears that a number of previous GWP sets and an existing VIP polybag can now be picked up from some UK high street retailers. These include 30589 Go-Kart Racer, which was a GWP in June, and 30560 Pineapple Photo Holder and Mini Board, which was added as a VIP reward back in March. Both items have since been spotted in the wild at Toyland, priced at £3.50.

In addition, more recent promotional polybags have also started to appear, with the elusive 30510 90 Years of Cars set popping up at Tesco stores, alongside June’s 30503 Animal Free Builds – Make It Yours GWP and 30582 Birthday Bear. Interestingly, the latter is still available as a VIP reward item for members who spend 500 points.

Is this trend of making promotional sets available from LEGO.com and official stores first and then rolling them out to other retailers here to stay? At this point it’s certainly possible, which could mean we might potentially see a wider rollout of such current GWP and VIP polybags as 30581 Tropical Parrot, 30509 Yoshi’s Yellow Fruit Tree Expansion Set and 40515 Pirates and Treasure VIP Add On Pack at some point, although this is speculation on our part.