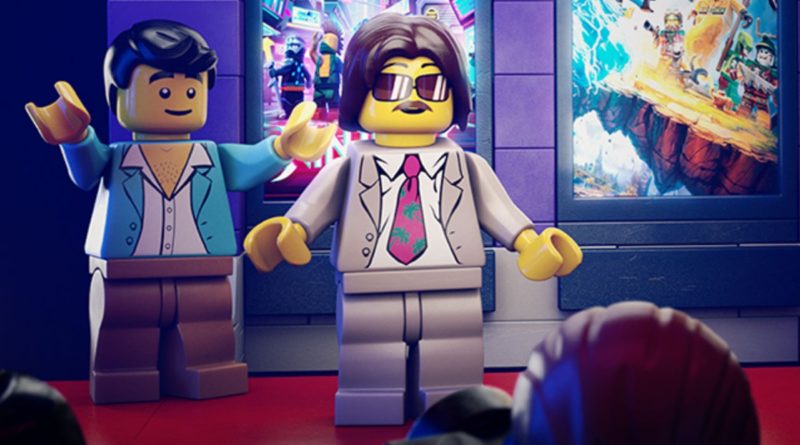 The four finalists for LEGO World Builder’s Pitch Fest have been revealed, with the architects now moving on to pitch them to the LEGO Group.

LEGO World Builder’s Pitch Fest event, which began earlier in the year as a way to prompt more worlds out of architects with a contest that could see them directly selling their ideas to the LEGO Group. These may then be transformed into official media, such as the upcoming holiday special which has had its first teaser artwork revealed.

From a haunted tale to a story blending live-action and animation, the following four worlds and their creators are now preparing for pitching to the Vice Presidents of Entertainment and Production at the LEGO Group, offering us a potential first look at future projects – though none may be picked. Also revealed with the four finalists was confirmation that another Pitch Fest will take place in 2022.

First up is Bricked from mb. The story sees Jonathan transported to a world of minifigures after inheriting his Aunt’s decaying mansion and finding out that the citizens of her half-built world of bricks weren’t happy with the unfinished project, kidnapping her into the aptly-named Half-A-Land.

To rescue Aunt Christine, Jonathan needs to finish what she started and use his imagination to complete the world and save her from a transformation into a life-sized minifigure.

Ghost Hotel from crystalprism tells the tale of a mid-century hotel that is haunted, for those who couldn’t guess by the title. An image for a potential build depicts the building with an oversized sign revealing the name as The Orange Grove Hotel as well as another showing a lobby with a transparent hanging light.

This hotel is strangely connected to a Hollywood film lot, leading the project’s protagonist Orion Song on an adventure to explore the supernatural and understand the past to explain and protect the present.

Switching from a supernatural narrative to a superhero one, CLASH! from mrfang2 is about a father and son in a city where being a superhero or villain is as common as any other job. The two groups engage in confrontations known as clashes, making for a spectacular display for the public.

However, one day the duo must put aside their differences to face an alien threat, acting as a true villain that endangers both heroes and villains.

Just like Bricked, The Missing Piece from Goram93 comes from a prompt asking for worlds that combined live-action and animation. The story differs though with a seasonal story that takes an unexpected turn.

When Lulu tries to reinvigorate her sister Sam’s holiday spirit by tracking down a vintage LEGO set, she soon discovers that the present contains a malicious AI who intends to rebuild the world, and we’re guessing not like the LEGO Group’s ongoing marketing campaign.