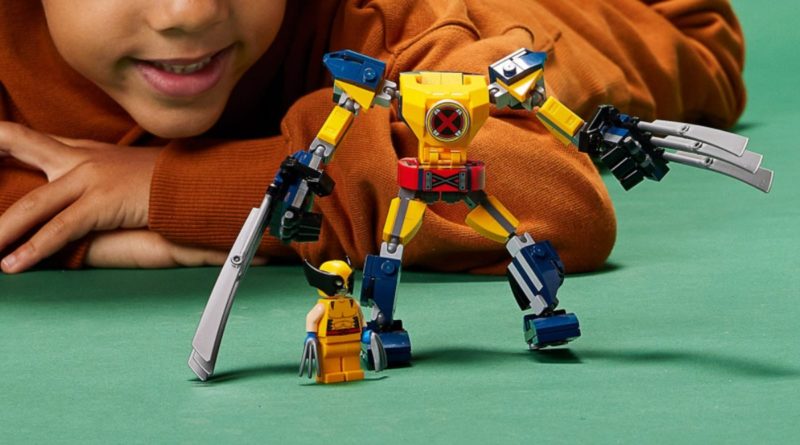 The LEGO Marvel design team say they’d ‘love to do’ more sets based on the X-Men, but there’s a significant obstacle to overcome first.

While characters from the X-Men have made sporadic appearances in LEGO Marvel sets over the past decade (most recently in this year’s 76202 Wolverine Mech Armor), they’ve been few and far between next to the likes of Iron Man, Spider-Man and the rest of the Avengers. According to LEGO designer Mark Stafford, that could change – but it’s all down to public perception.

“I love the X-Men, but I think we have to wait to see what [Disney does], now the licence has reverted back to Marvel for the movies,” Stafford told MiniSuperHeroesToday. “And we’ve got the X-Men ’97 TV cartoon, so we’ll see how well that does. To comic book fans and even movie fans, these characters were household names 20 years ago – will they get back to that level again?”

If these new projects do bring the X-Men back to the forefront of public conversation, there’s seemingly a good chance we’ll see more sets based on the adventures of Wolverine, Professor Xavier, Storm and the gang. But whether that return to pop culture happens through future MCU movies, animated TV shows or something else entirely, Stafford says it’s really only a matter of time.

“I’m always optimistic,” he continued. “The X-Men are a timeless story. The mutant storyline, the put-upon minority, is a storyline which – because humanity is what it is – will keep coming back and will always be relevant. So yes, the X-Men will be relevant again, they will find a new voice and they will be back. And of course, whatever the Marvel movies do with them, we would love to do things based on them, but we’ll have to wait and see. There’s nothing concrete.”

If you’re desperate for a LEGO X-Men fix, your best bet at the moment is picking up 76202 Wolverine Mech Armor while you still can (it’s scheduled to retire at the end of 2022), or 76178 Daily Bugle, which includes LEGO Marvel’s first-ever minifigure of Firestar (who was, at one time, part of the X-Men). Beyond those, you’ll have to turn to the aftermarket for the likes of 6866 Wolverine’s Chopper Showdown and 76022 X-Men vs. The Sentinel.

Support the work that Brick Fanatics does by building up your LEGO X-Men roster using our affiliate links.