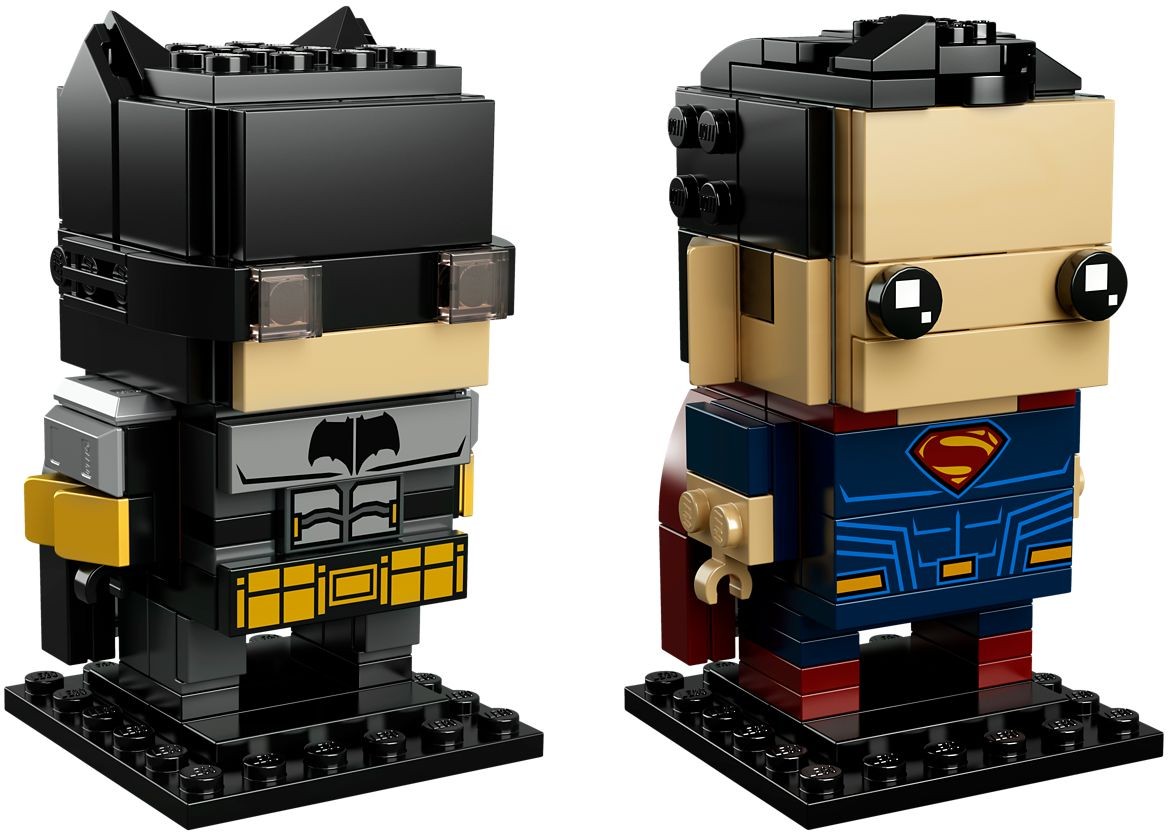 After being left out when justice League launched in cinemas, DC’s two most well-known super heroes are back in the LEGO BrickHeadz theme. [geot exclude_country=”United States”]41610 Tactical Batman & Superman[/geot][geot country=”United States”]41610 Tactical Batman & Superman[/geot] offers builds of both heroes in the box, based on their look in last year’s Justice League movie. 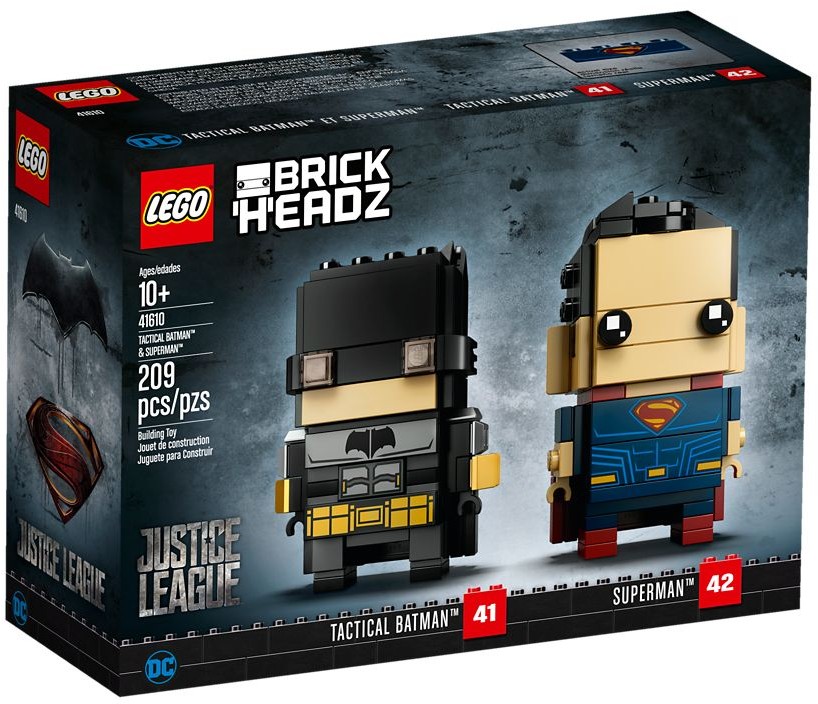 This new set contains 209 pieces and uses printed parts to recreate the two characters in the theme’s uniquely angular style. Here is the official product description:

These LEGO BrickHeadz 41610 Tactical Batman and Superman construction characters are fun to build using colorful LEGO bricks that recreate all their iconic details from the blockbuster Justice League movie, including Super Hero costumes and capes. Each stands on a buildable collector’s baseplate with BrickHeadz icon for easy display in your home, office or anywhere you like.