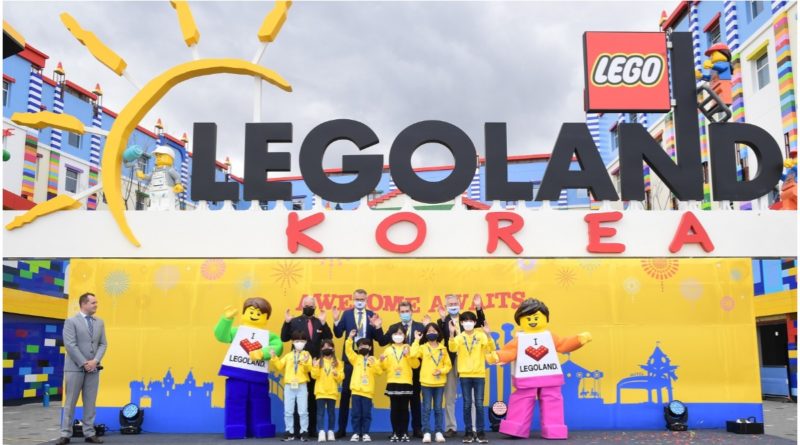 Various delays, including the pandemic, have forced fans to wait over a decade to visit the new resort. Although initial plans were laid out for the site in 2011, construction didn’t commence until September 2014. The build was completed on March 26 this year.

It’s easy to see why it took so long to complete, as the LEGOLAND Korea Resort is the first to be built on an island and spans a whopping 28,000 square metres – talk about ambitious.

The resort itself contains 40 rides and attractions as well as a 154-room LEGOLAND Hotel. Seven themes can be explored throughout the park: Brick Street, Bricktopia, LEGO Castle, LEGO NINJAGO World, Pirates Shore, LEGO CITY, and of course, Miniland. Among others, visitors will get to enjoy classic LEGOLAND rides such as Dragon Coaster and Driving School.

It took a long time to get there, but fans seem to think it’ll be worth the wait – tickets for the LEGOLAND Korea Resort’s grand opening sold out quickly, particularly as the event coincided with Korean Children’s Day.

The opening of LEGOLAND Korea Resort is another milestone for the LEGO Group and Merlin as they continue their expansion in Southeast Asia. Development is already underway for three new LEGOLAND resorts across China, including the world’s largest in Shenzhen. According to local media reports, there are even plans for an additional location in Fangshan, Beijing.