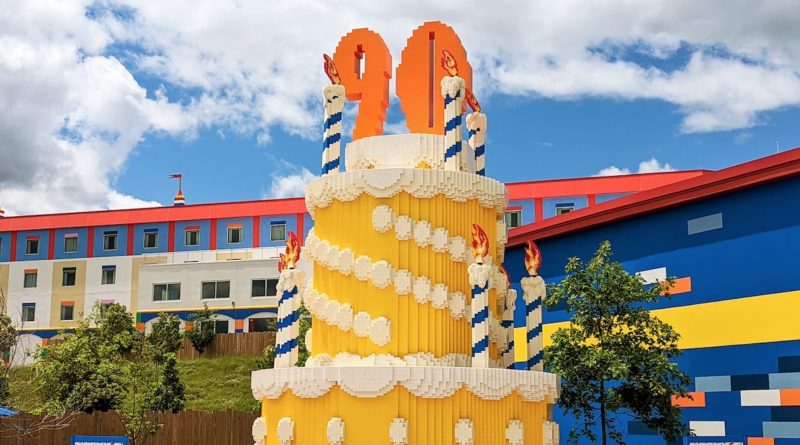 The LEGO Group’s 90th Anniversary is continuing to ramp up, with LEGOLAND New York now joining in with the celebrations.

LEGOLAND New York is getting in on the 90th Anniversary celebrations with a number of events and giveaways planned to roll out across the summer months. The US resort recently joined in with all the fun by unveiling a massive LEGO cake built from 180,000 DUPLO bricks that stands at over 20 feet tall.

The cake will be on display at LEGOLAND New York for 10 weeks until August 19 and all children that visit during that time will receive a free limited-edition lanyard to mark the event. In addition, the resort will be giving away 90 surprise gifts per week, ranging from minifigures and food to VIP experiences and an all-inclusive stay at its LEGOLAND Hotel.

Taking place during the event will be the park’s first-ever July 4 Red, White & BOOM! celebration, new entertainment shows, characters and LEGO models. Select resorts, including LEGOLAND New York, will be also launching a new ‘Play YOUR Way’ campaign in the summer, introducing children to different play types and encouraging them to get hands-on with touchpoints and quizzes in the parks.

LEGO CON 2022 is planning to reveal a 90th Anniversary surprise of its own this weekend, although there are currently no hints as to what that might be.