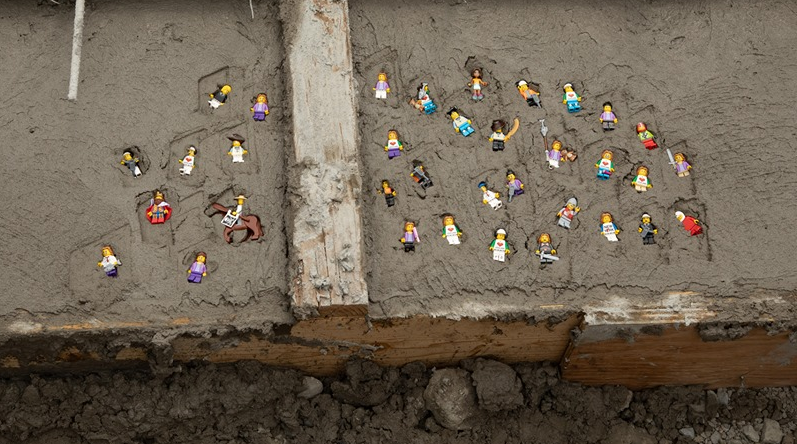 The foundations of the LEGOLAND New York Resort have been reinforced with some actual LEGO bricks.

Yesterday, the first foundations for a LEGOLAND New York Resort building were poured ahead of the theme park’s planned opening in spring 2020. The land has already been graded and shaped, with this marking the beginning of the next phase of construction.

Workers at the LEGOLAND New York Resort and some of the anointed Kid Reporters built minifigures of themselves, with 30 then dropped into the wet concrete, as revealed in images shared on Facebook. The minfigures will set inside, meaning that the theme park will literally be built on LEGO foundations.

Elsewhere, Model Makers are putting together the 15,000 builds that will decorate the theme parks while rides are also being put together off site.

The LEGOLAND New York resort map – along with the accompanying photos and mock-up images – reveals that the park will be split into several distinct lands. As is expected for a LEGOLAND park, Miniland will be present as will City. Favourite rides such as Driving School and Fire will be found in the latter.