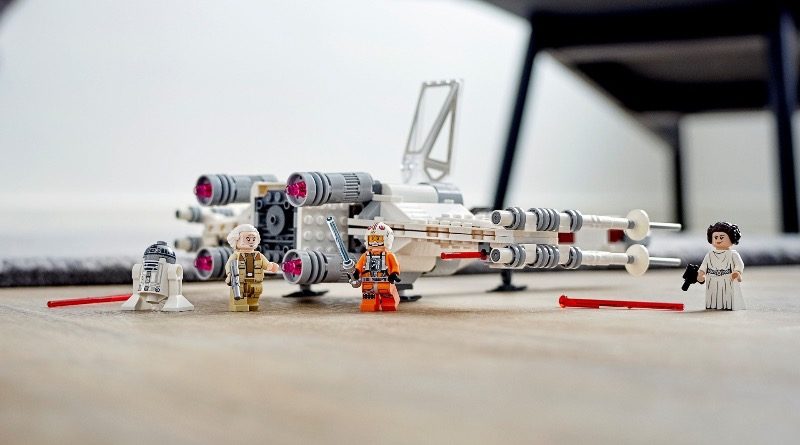 Smaller and cheaper Star Wars sets – like those launched in early 2021 – are here to stay, according to the LEGO design team.

January’s 75300 Imperial TIE Fighter and 75301 Luke Skywalker’s X-wing Fighter scaled back the iconic original trilogy starfighters from their previous iterations, coming in at almost half the price of those sprawling, detailed sets from 2018.

In doing so, they’ve established a brand new template for the Star Wars theme – and it’s one that we can expect to see deployed again in future, says Creative Lead Jens Kronvold Frederiksen and Design Manager Michael Lee Stockwell.

Speaking to Brick Fanatics at this year’s LEGO Fan Media event, the veterans of LEGO Star Wars explained that while the new format won’t necessarily dictate the scale of every vehicle from a galaxy far, far away, it will very much be part of the conversation among the design team.

“We will probably look more into which models fit which price points, because we will always have the expensive and big sets,” Jens explains. “But we often challenge ourselves, if there’s something that’s super iconic – can we get that down in price without sacrificing features and functions and design?”

We already know that the next vehicle to receive a budget-friendly version will be Slave I, which was confirmed earlier this month by a Japanese consumer catalogue. The last iteration of Boba Fett’s ship retailed for £109.99 / $119.99 / €119.99 in 2019, but this new Mandalorian-themed variant should come in at less than half that price.

That it’s not our first Slave I – just as it wasn’t our first X-wing or TIE Fighter back in January – also speaks to the wider approach around this new style.

“I think it also might have something to do with whether or not we’re seeing a vehicle for the very first time or we’re revisiting a vehicle, and attempting to provide some newness or something different for the consumers, at a totally different access point price-wise,” Michael confirms.

“I don’t think we’re going to set up any hard and fast rules for ourselves, saying we’ll never create a large-scale X-wing again. But now we’ve got both options. I think that’s the way to look at it.”

75300 Imperial TIE Fighter and 75301 Luke Skywalker’s X-wing Fighter are available now at LEGO.com. You can support the work that Brick Fanatics does by purchasing either (or both) using our affiliate links. Thank you!