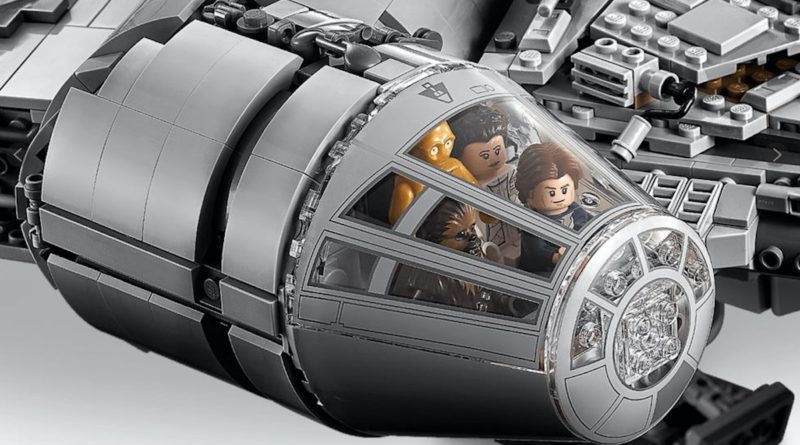 A 1:1 scale LEGO Millennium Falcon cockpit was on display at a Brooklyn Nets game to promote LEGO Star Wars: The Skywalker Saga.

The Brooklyn Nets recently played the Charlotte Hornets, losing 119-110 to their rivals in a tense home game. It may not have quite been the night despondent local NBA fans were hoping for, but there was still plenty of fun to be had at the event in the shape of a life-size LEGO Millennium Falcon cockpit.

Constructed from over 200,000 LEGO pieces, the 1:1 scale build was seen on display at the Barclays Centre in Brooklyn where the model was being used to promote the upcoming release of LEGO Star Wars: The Skywalker Saga. The structure featured a partial Falcon cockpit, complete with LCD screen and custom-designed Xbox Series S for players to try out the new TT Games title.

The LEGO Millennium Falcon cockpit was first assembled by a team of Master Builders in 2018 to promote the release of Solo: A Star Wars Story. The massive model includes lights and authentic movie sounds, took 12 people a total of 705 hours to assemble and weighs around 610 kilograms.

If you’re wanting to fly the Millennium Falcon yourself, you can do so when LEGO Star Wars: The Skywalker Saga is released on April 5 in both physical and digital Standard and Deluxe Editions. You can find out everything you need to know about the forthcoming game on our dedicated page right here.